What you may have missed: August 2020 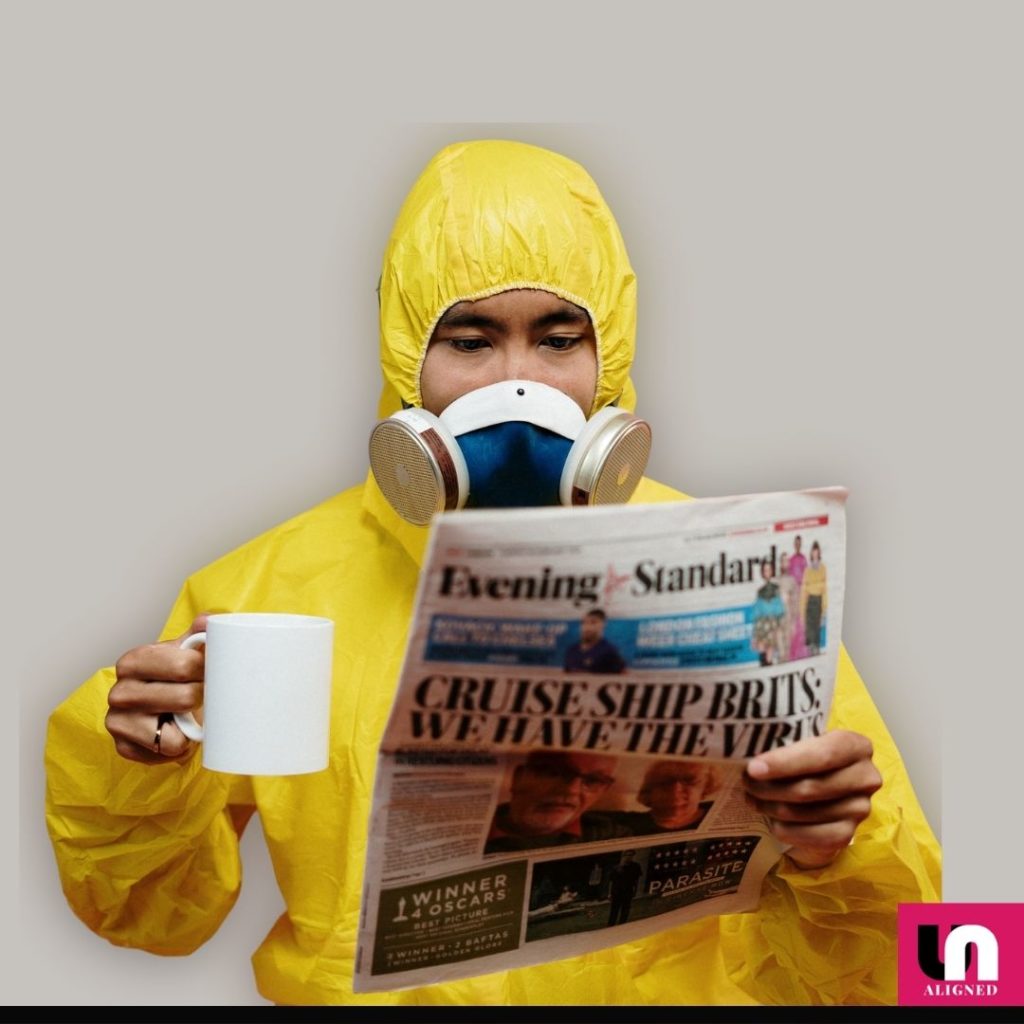 02.08.20: Cameroon. In a vicious grenade attack targeting a camp for displaced people, as they slept, suspected Boko Haram militants murdered over 16 people and wounded several others in the village of Nguetchewe, northern Cameroon.

04.08.20: Tanzania. Tundu Lissu, an opposition politician who survived being shot 16 times in an assassination attempt, will challenge President Magufuli in the October elections.

08.08.20: Mauritius. A state of emergency has been announced after an oil spill from a damaged Japanese ship is contaminating vast tracts of water. Baby tortoises and rare plants from an island near the spill, Ile aux Aigrettes, are being taken to the mainland to protect them from the worsening situation. The ship had struck a reef on July 25.

09.08.20: Niger. Six French aid workers, their driver and their guide who were visiting the Koure region were gunned down by men on motorcycles. The area is famous for its giraffes. A hunt for the assassins was immediately launched with the aid of the French government.

13.08.20: Saudi Arabia. The Guardian reported that thousands of sheep from the 58,000 sent back from Saudi Arabia to Sudan for violating quarantine directives died, mostly of hunger and thirst, on the return journey. Last year thousands more had died when the Saudi authorities stopped imports following the outbreak of Rift Valley fever. Saudi Arabia imports most of its livestock from Sudan.

16.08.20: Somalia. An assault by al-Shabab on a beachfront hotel in Mogadishu left 16 or more people dead and dozens wounded. The attack ended after a three-hour battle with security forces. Five of the assailants were among the dead

18.08.20: Mali. President Ibrahim Boubacar Keita has been overthrown by a coup organised by the military who pledged to restore stability in the troubled country and oversee a transition to elections within a “reasonable” period.

21.08.20: Democratic Republic of Congo. Another 13 people were killed in eastern Congo by the Allied Democratic Forces (ADF), a Ugandan armed group operating in North Kivu province. They have already killed more than 1,000 civilians since the beginning of 2019, according to U.N. figures.

28.08.20: Mauritius. Scores of dolphins have died in an area of Mauritius affected by an oil spill from a Japanese boat although the exact cause of death remains unknown. A scene of a mother dolphin trying to save her baby by raising her up to breathe went viral, but neither managed to survive.

02.08.20. Guyana. Irfaan Ali has been declared the winner of the disputed election that was held last March. The announcement, that was made by the electoral commission, paves the way for the controversial leader of the People’s Progressive Party to exploit the recent crude oil bonanza and develop the impoverished nation of 800.000 people.

09.08.20: Peru. Protests by indigenous people from Peru’s Amazon region against Canadian energy company PetroTal Corp left at least three dead and 17 others injured. The activists are seeking compensation for the introduction of the coronavirus into their community and they want the company to reinvest  some of the profits it is making into the area.

20.08.20: USA. Officials in Florida have approved the release of 750 million genetically modified male mosquitoes as a means of combatting various mosquito-borne diseases. Seeing as only the female mosquitoes bite, the released males have been designed to pass on a protein that will kill female offspring before they reach biting age. The young males, however, will reach maturity and continue to pass on the genes. Environmental groups are alarmed and have warned of unintended consequences.

22.08.20: USA. TikTok has announced that it was filing a lawsuit against the US government in response to President Trump’s moves to block the Chinese-based video app from the US. The US is blackmailing TikTok into selling the app to an American company or face a national ban.

24.08.20: USA. 1.2 million acres of land have been burned and at least 6 people have died in record wildfires in California. The fires were ignited by incessant dry lightning strikes amid a record-shattering heatwave.

04.08.20: Afghanistan. ISIL militants stormed a prison facility in the east of the country, but were defeated by security forces after an intense battle that left about 40 people dead.

08.08.20: Sri Lanka. The Rajapaksa brothers have consolidated their hold on power with a landslide victory in the country’s parliamentary election. Prime Minister Mahinda Rajapaksa’s Sri Lanka Podujana Party (SLPP) won 145 of the 225 seats and he is expected to be sworn in by his younger brother, President Gotabaya Rajapaksa.

11.08.20: Lebanon. The government has resigned amid mounting anger over the August 4 explosion that devastated parts of Beirut and left more than 200 people dead. Although the exact cause of the disaster has not been confirmed, negligence played a big part owing to the 2,750 tonnes of ammonium nitrate that was stored unsafely at the port for years.

11.08.20: Russia. As the number of global coronavirus cases surpassed 20 million, Putin has announced the approval of a COVID-19 vaccine, even before the completion of clinical trials. The president boasted that his daughter had already received it.

13.08.20: United Arab Emirates/Israel. A historic agreement normalising ties between Israel and the UAE received mixed reactions, which ranged from euphoria to accusations of betrayal. The deal also put further annexation plan of Palestinian lands by the Jewish state on hold.

20.08.20: Russia. Putin critic and rival Alexei Navalny was rushed off a plane and taken to a Siberian hospital after having drunk tea that was probably laced with poison. This would not have been the first attempt on his life.

24.08.20: India. A five-storey building collapsed in an industrial town near Mumbai. Despite the 200 or so residents living there the fatalities appeared to be less than 20.

27.08.20: Turkey. Ebru Timtik, a human rights lawyer who was arrested in 2017 and given a lengthy prison sentence in a phoney trial, has died 238 days into her hunger strike in Silviri jail. She had been demanding a fair trial. Timtik was part of a group of 18 lawyers who were arrested at the same time and found guilty in March 2019 of membership or association with the outlawed Revolutionary People’s Liberation Party/Front.

Police fired tear gas at her funeral as mourners were chanting “Ebru Timtik is immortal” and the “murderous state will be held to account,”.

28.08.20: Japan. Shinzo Abe, the country’s longest serving prime minister, announced his resignation, citing health reasons and apologising to the people for not being able to complete his term in office. Abe, 65, who has been suffering from colitis for many years, agreed to remain in post until a successor is chosen.

03.08.20: Italy.  The new motorway viaduct that replaces Genoa’s Morandi Bridge that collapsed killing 43 people on August 14, 2018 was inaugurated as planned despite the tight schedule. The new structure was designed by architect Renzo Piano.

03.08.20: Spain. Beleaguered ex-King Juan Carlos announced that he was leaving the country. Speculation in the media about his whereabouts ensued, with many assuming he had opted for the Dominican Republic as a place of exile. It later emerged that he had gone to the UAE. The Supreme Court had opened an investigation into his involvement in a high-speed rail contract in Saudi Arabia. He agreed to be available should authorities wish to question him.

04.08.20: UK. The number of British nationals emigrating to other EU countries has risen by 30% since the Brexit referendum according to a study by Oxford University in Berlin and the Berlin Social Science Centre. Daniel Auer, one of the authors, pointed out that the increases in numbers “are of a magnitude that you would expect when a country is hit by a major economic or political crisis…”

08.08.20: Belarus. Maria Moroz, the campaign manager for the leading opposition candidate Svetlana Tikhanovskaya, has been detained on the eve of the presidential election. Alexander Lukashenko, often referred to as Europe’s last dictator, is seeking a sixth term in office

09.08.20: Belarus. The central election commission said incumbent President Alexander Lukashenko was ahead in five regions with around 82 per cent of the vote. The election results were immediately challenged and followed by mass protests.

11.08.20: Slovakia. The verdict in the trial on the murder of Slovak investigative journalist Ján Kuciak and his fiancée was postponed until September. The gunman was handed a 23-year prison sentence in April, but the verdict is still open regarding those who arranged the assassination.

28.08.20: France (Greece/Turkey). President Macron said that he had taken a tough stance over the summer with regard to Turkey’s stance in the dispute over natural gas off Cyprus. He said that red lines are necessary as Ankara does not respond to words. The French president also called for the EU to support Greece and Cyprus in the conflict and proposed further sanctions at EU level against Turkey.

29.08.30: Bosnia Herzegovina. About 500 refugees and migrants have been sandwiched between two provinces on a railway track as one province decided to expel them, while the neighbouring one refused to admit them.

28.08.20: New Zealand. After the Stock Exchange was targeted by cyber-attacks for a fourth day in a row, the government activated national security systems. There is still uncertainty as to the source of the attacks, although it is clear that they are originating from abroad.

14.08.20: The US has suffered a humiliating defeat at the UN as its proposal to extend an arms embargo on Iran only won the support from the Dominican Republic at the Security Council vote.