What you May Have Missed in June 2020 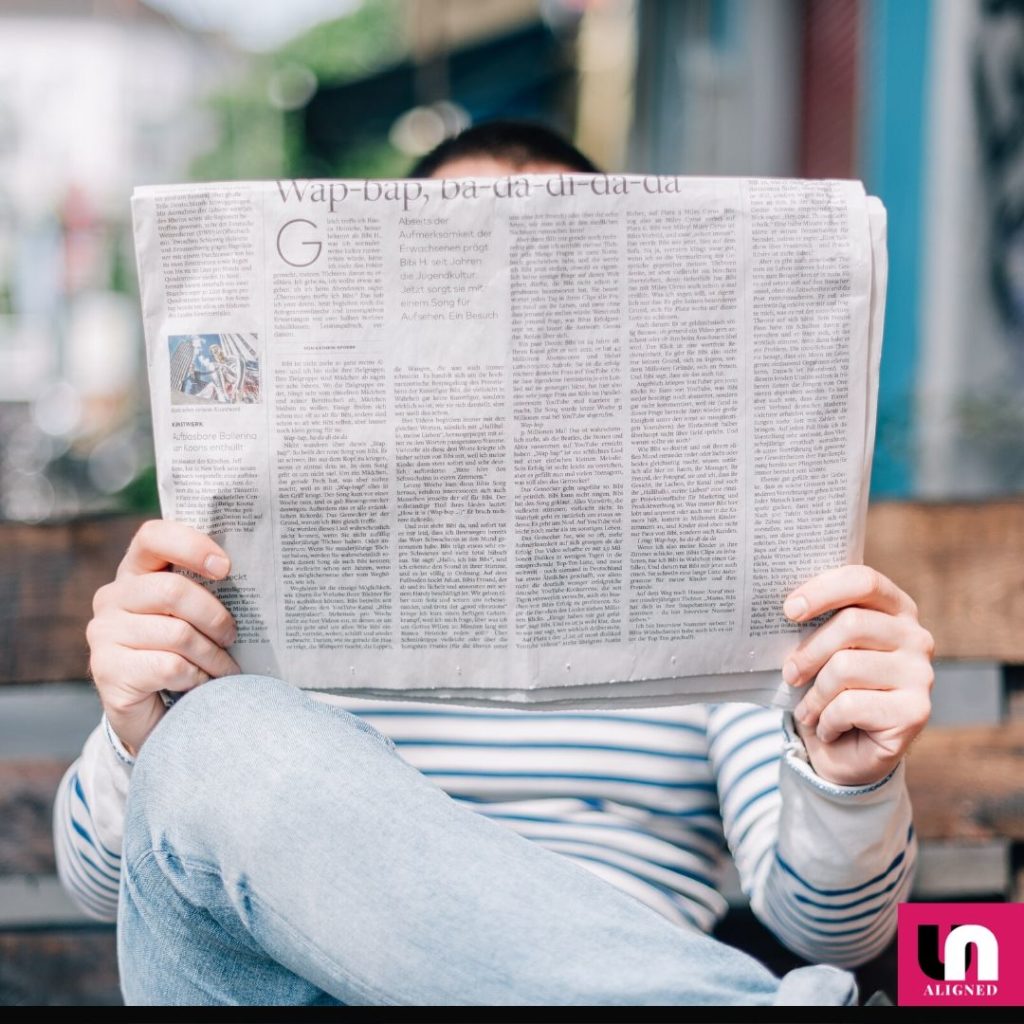 A new way of experiencing the news.

O4.05.20: Burundi. President Pierre Nkurunzizahas, who had been in power for 15 years, died aged 55 following a heart attack. He was due to step down in August. Riots following the start of his third term, five years ago, which many considered unconstitutional, resulted in 1,200 deaths and widespread violence.

5.06.20: Uganda. The Buganda Kingdom and local communities were in shock over a fire that destroyed one of the sacred houses at the Tombs of Buganda Kings of Kasubi. The site is inscribed on the UNESCO World Heritage List.

09.06.20: Nigeria. Boko Haram gunmen killed about 70 people in the village of Faduma Koloram in Borno State. It is believed that they attacked in retaliation after having suspected the locals of assisting security forces with information on their activities. The raiders fired from motorcycles before raising the village to the ground and taking off with its livestock.

18.06.20: Burundi.  Evariste Ndayishimiye, an army general who won the 2020 elections, was sworn in two months ahead of schedule following the sudden death of President Nkurunziza. Ndayishimiye, who was endorsed by his predecessor, will inherit an unstable country that is still in the grip of sanctions following years of human rights violations and abuses of power.

22.06.20: Democratic Republic of Congo. The army announced that at least 20 villagers were slaughtered in attacks in north-eastern part of the country over the weekend. The attacks were carried out by the Allied Democratic Forces, a militia affiliated to the Islamic State. The violence is forcing hundreds of thousands of people to flee their homes.

29.06.20: Gabon. The Senate voted overwhelmingly to back a ruling by the Lower House to decriminalise homosexuality. Same-sex relationships is still against the law in 34 out of 54 African countries.

05.06.20: St. Kitts and Nevis. Dr. Timothy Harris was re-elected Prime Minister for a second term with an overwhelming majority.

06.06.20: Mexico. Antonio Montes Enríquez, the 43-year-old leader and activist of the indigenous Rarámuri community in Chihuahua, was murdered with a blow to the head. The activist had been campaigning against corruption relating to a trust that was supposed to compensate residents for the construction of an airport in the town of Creel. He and his family had been victims of previous attacks that included the burning down of their home earlier this year. Supporters have labelled the killing a “crime of the state.”

08.06.20: El Salvador. Inocente Orlando Montano, who had served as El Salvador’s Security Minister, appeared in a Madrid court Monday charged with orchestrating the murders of six Jesuit priests, as well as a mother and her teenage daughter, in 1989. The murders were supposed to stall the peace process, but backfired and resulted in the US withdrawing its support for the government. Montano was extradited to Spain from the US, where he had been living for 16 years, since five of the priests were Spanish nationals.

11.06.20: USA. President Trump imposed sanctions on officials working for the International Criminal Court who are investigating alleged US forces war crimes in Afghanistan. Trump’s executive order was defended by Secretary of State Mike Pompeo who boasted that the US would not be “threatened by a kangaroo court”.

15.06.20: USA. The Supreme Court ruled that an employer cannot legally fire a person because of their sexual orientation or gender identity.  This is a long overdue victory for the civil rights of LGBTQ people in the US.

15.06.20: Canada. Sara Hegazy, the Egyptian LGBT Activist who had been imprisoned and tortured in her country for raising a rainbow flag during a pop concert by the Lebanese rock band Mashrou Leila, committed suicide in Canada aged 30. She had sought asylum there after her three month’s long ordeal in jail, which left her suffering from Post-Traumatic Stress Disorder. The lead singer of Mashrou Leila is openly gay and a defender of gay rights and almost 60 people were arrested following the event. Possibly the only woman in the round up, Hegazy was charged with “promoting sexual deviancy and debauchery.”

18.06.20: USA. Facebook had to block posts for President Trump’s re-election campaign for promoting hate. The advertisements showed a red inverted triangle, which is a blatant Nazi symbol, urging Facebook users to sign a petition against Antifa, an anti-fascist movement.

18.06.20: USA.  The Supreme Court has ruled against President Trump’s attempt to terminate DACA (Deferred Action for Childhood Arrivals), a scheme created by former president, Obama, that protects about 700,000 immigrants from deportation. The court branded Trump’s decision “arbitrary and capricious.”

28.06.20: USA. President Trump denied via a tweet that he was aware of the allegations made by captured militants that Russia had paid the Taliban to kill U.S. soldiers and other westerners. In another tweet, Trump posted a video in which his supporters could be heard chanting “white power!” Trump deleted the video about three hours later.

02.06.20: Russia. Siberia is experiencing an extreme heat wave that in some areas has overtaken average seasonal temperatures by more than 20 degrees. The intense heat is bound to increase wildfires, while the melting of the permafrost will release additional greenhouse gasses that will exacerbate the problem further.

09.06.20: North Korea. Kim Jong-un announced that he is breaking off all official communication links with South Korea. The sudden change in tactics was blamed on southern propaganda crossing over the border, but this is a regular occurrence, so the move is more likely to reflect a ploy to create a crisis.

09.06.20: Bahrain. Nabeel Rajab a leading human rights activist has been released from prison, but will be serving a non-custodial sentence instead. He was prominent during the 2011 anti-government protests and was given a five-year sentence over posts condemning Saudi airstrikes in Yemen.

16.06.20: India. In the first deadly confrontation of its kind in 45 years, 20 Indian soldiers were killed in a border dispute with Chinese forces in Ladakh. The Chinese authorities have not released details of their casualties.

25.06.20: Russia. Putin has withdrawn Russia from a voluntary United Nations commitment to protect hospitals and humanitarian convoys in Syria from being targeted by warring parties.

29.06.20: Iran. A warrant has been issued by the government for the arrest of US President Trump. Interpol has also been asked for assistance in detaining him and dozens of others it believes carried out the attack that killed General Qassem Soleimani in Baghdad last January.

08.06.20: UK. Daniel Radcliffe, who acted the lead role in J.K. Rowling’s Harry Potter franchise, stood up for transgender rights by criticising the author’s “anti-trans comments.” “Transgender women are women,” Radcliffe wrote. “Any statement to the contrary erases the identity and dignity of transgender people and goes against all advice given by professional health care associations who have far more expertise on this subject matter than either Jo or I.”

10.06.20: Sweden. Stig Engstrom, a graphic designer who killed himself in 2000, has been named by prosecutors as the man responsible for the assassination of former Swedish prime minister, Olof Palme. The murder took place in Stockholm in1986 as Palme was walking home from a trip to the cinema with his wife.

18.06.20: UK. Singer, songwriter and entertainer Dame Vera Lynn, who was famous as the sweetheart of the forces during WWII, died at her home in East Sussex. She will be forever remembered for her encouraging hits that included: We’ll Meet Again, There’ll Be Bluebirds Over the White Cliffs of Dover and Be Like the Kettle and Sing.

18.06.20: Germany. Russia warned Germany that it would retaliate if action were taken against it over the killing of a Georgian national, referred to as Tornike K, who was shot dead in Berlin in August 2019. The victim, who was of Chechen ethnicity, had fought against Russian troops in Chechnya and has been on their hitlist ever since.

19.06.20: UK. Sir Ian Holm, one of Britain’s most acclaimed actors, died in London aged 88. He starred in a number of iconic films, including Alien, Chariots of Fire and The Fifth Element, but for many Lord of the Rings fans he will always be remembered as the charming Hobbit, Bilbo Baggins. Holm received a number of prestigious awards, including the Laurence Olivier Award for his performance in the title role of King Lear. His illness was Parkinson’s related.

21.06.20: Serbia. Parliamentary elections, boycotted by the opposition, resulted in a resounding victory for the party of President Aleksandar Vucic. The victory will allow Vucic more flexibility to come to an agreement with the former Serbian province of Kosovo that declared independence in 1999.

19.06.20: Australia. Prime Minister Scott Morrison announced that cyberattacks were targeting government and private institutions. He refused to give details, but said that serious data breaches had occurred.