Russian Roulette: Why Putin’s Referendum Victory is a Threat to Humanity 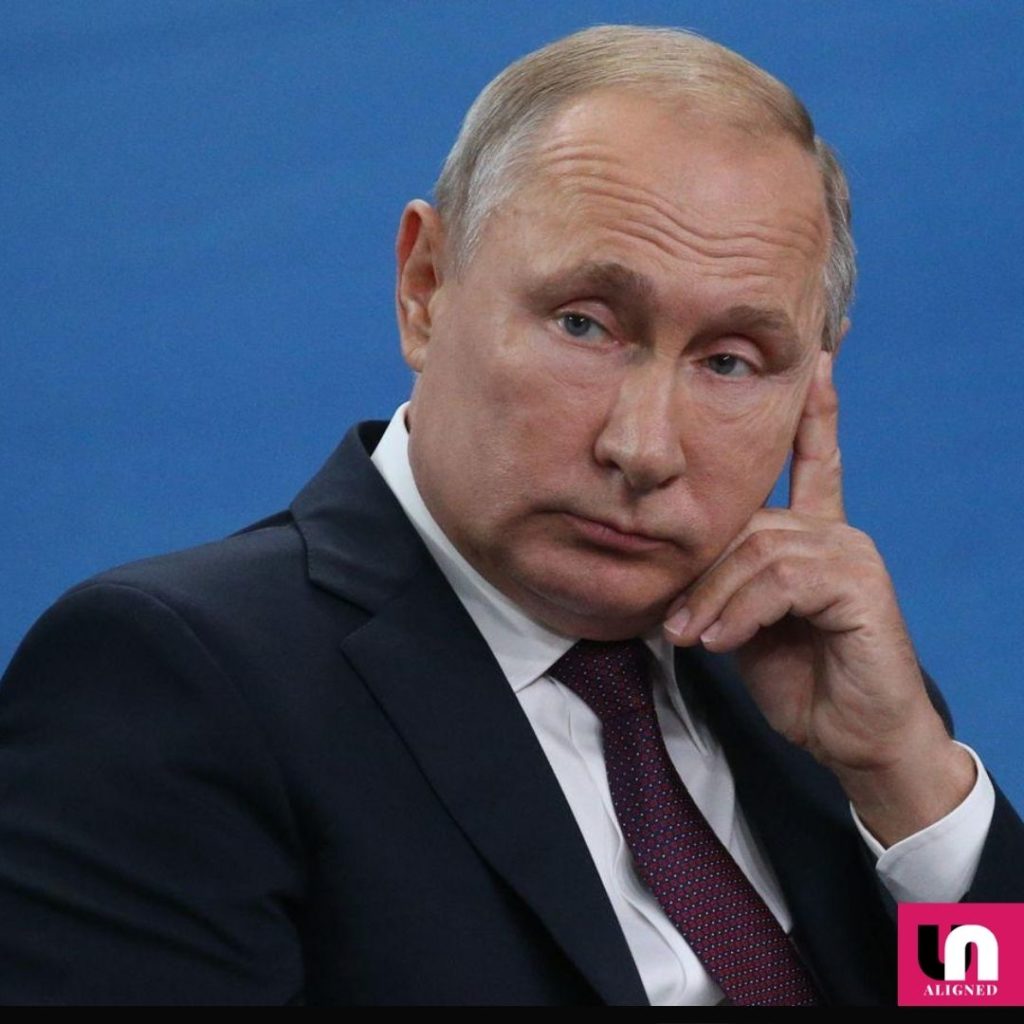 The referendum will enable the president to stay in office until 2036.

July seems to have accelerated the grim trend that has been eroding civility and security over the last few years. The month dawned with Hong Kong finding itself stripped of many of its civil liberties. A few days later, on the 6th, President Trump formally notified the World Health Organisation that the US would be withdrawing from the organisation once the required twelve-month’s period of notice was over.

On the 10th, Turkey’s President Erdogan issued a decree that will convert the Hagia Sophia into a mosque. The iconic 6th century basilica had been a museum since 1934 and the move is seen as just another step designed to convert the country into a theocracy. Meanwhile, neighbouring countries Armenia and Azerbaijan are edging closer to war, with clashes resulting in fatalities on either side of the border…

Many people do not seem to notice, fewer still appear to care. We are sleepwalking into another Dark Ages as our civil liberties are being eroded on all sides! Many of the assaults are taking place in the name of democracy.

By far the most dangerous event this July was the result of the Russian referendum. Moscow is not Vegas; what happens there does not stay there. Putin’s victory is a threat to us all. The referendum was more than a means to paving the way for the president to stay in office until 2036.

Hidden within sweeteners like welfare perks and patriotic gimmicks were other serious amendments to the constitution. To understand the gravity of the situation, we must first have no delusions about the ruthlessness of the Russian leader, and the article “Vlad the Terrible” offers some insight into the sort of person Putin is. We must also recognise that the referendum was anything but “free and fair”.

A Mockery of the Consultation Process

For referendums to be meaningful and ethical, certain conditions must be met. First, voters must be given an informed choice. In Switzerland, for example, where referendums are an important feature of democracy, ballot papers are accompanied by information booklets.

These include explanations, arguments for and against, and government recommendations. Of course, no number of booklets will help if voters do not have access to a civic education from an early age.

Second, without safeguards, referendums can be exploited by unscrupulous politicians. For instance, a politician could promise a referendum on free public transport, if elected, despite the fact that the funds for such a move may not even be available.

These safeguards should also include transparency and specificity. It is quite immoral to hold a referendum which includes diverse issues, as Putin’s did, with his 200 proposed changes revolving around about 14 crucial issues.

This is at best, bribery, and at worst, blackmail. Imagine a referendum that included a doubling of pensions and a three-day week coupled with something nefarious. If the evil element only affected a minority, or regarded government perks that would not have an immediate impact on the people, the chances are that the vote would go through.

This is bribery pure and simple and is exactly what Putin did. In fact, knowing Putin, there may also have been an element of blackmail, in as much as a “no” vote could have easily triggered a welfare clawback.

Third, the government has a duty to protect its citizens from lies, disinformation and meddling by third parties with a vested interest in causing harm. The Conservative government in the UK, for instance, had failed in its duty to protect the people from these dangers, as a report this month by the Intelligence and Security Committee bluntly confirms. In Russia, the narrative was almost entirely owned by the government, with much of the opposition suppressed.

Fourth, apart from education, information and choice, voters need moral integrity. Referendums should never be held about choices that discriminate against minorities or contravene basic ethical principles. Putin’s referendum included discriminatory elements and an attack on human rights through the weakening of judicial independence.

Finally, referendums, like every voting system, have to be free and fair. The Russian Constitutional Referendum held from the 25 June to 1 July was anything but so. There were reports of voter coercion, multiple voting and intimidation, as well as other irregularities.

A Leap in the Putin Threat Level

Catch me if you can

The first and obvious threat posed by the referendum result is the prospect of having Putin in power for another 16 years. He is already strutting about on the world stage with an air of invincibility while leaving a legacy of death and destruction in his wake.

What mischief will an emboldened Putin not be capable of committing? Limited terms are a necessary evil in order to curb the potential despots like Putin. Indeed, the cost is high, as a lack of continuity often means that necessary long-term planning becomes virtually impossible.

Limited terms also make it more likely that successive leaders dismantle the progress that was achieved by their predecessor merely for the sake of self-aggrandisement, which is exactly what Trump started to do once he entered the oval office. Nevertheless, the threat of creating despots has been calculated as being much more serious and hence the need for limited terms in so many constitutions.

Erosion of checks and balances

The second worrying changes concern the weakening of the Constitutional and Supreme Courts by facilitating the removal of federal judges. Moreover, judges and other high-profile officials will be barred from possessing dual citizenship or residency in a foreign country.

These amendments will make it harder for anyone in a position of authority to challenge the president for fear of losing their position and having no means of escaping the vindictive wrath of the president. Putin is setting the scene for more chicanery and mischief.

Third, the religious card should always set alarm bells going. Belief in God is now mentioned in the constitution, virtually demonising and politically disenfranchising atheist, agnostics and possibly, non-Christians. The clause may seem harmless for now, but the potential for abuse is immense. Already, the added amendment that defines marriage as the relationship between one man and one woman indicates the direction the country is going.

Marriage is a convention and for many centuries it was a religious one, although alternatives always existed, as in the case of the Mosuo people (read the article about these amazing customs in our November 2019 Issue). The institution evolved and in much of continental Europe religious ceremonies became secondary to civil marriages after the French Revolution and the eventual spread of the Napoleonic Code. In England, civil marriage came into force in 1836.

Whilst same sex unions were often accepted in antiquity, with the spread of the Abrahamic religions, such unions were increasingly censured, and it was not until 1 October 1989, that Denmark became the first modern country to legalise same-sex unions.

Since then another 28 countries followed suit. Putin has now constitutionally blocked any possible development on this score in Russia, thus denying present and future generations of the right to legally formalise their same-sex union. This, in a country that has a serious problem with homophobia.

Despite the seriousness of these alarming and retrograde revisions, perhaps the most sinister of all is the seemingly innocuous one regarding the subordination of international law to the Russian Constitution. True, Putin’s Russia has never considered itself accountable to anyone, but there is something particularly sinister in formalising this “I don’t give a damn” attitude.

As the world becomes more interrelated, International Law is more, not less important. Most of the urgent issues we are facing today, such as climate change, pandemics, the sixth mass extinction and pollution are global issues that need to be tackled globally.

A big player like Russia wanting to go it alone is a serious blow to the international community, just as Trump’s policies have been. Besides, the Russian Constitution can be vague and opened to interpretation. The Constitution’s section on human rights and fundamental freedoms, for instance, are guaranteed in line with International Law.

The Russian Constitution, however, is now above this law. So where does that leave human rights if not in Limbo?

The scene is set. Putin has planned it carefully. What will be played out on the stage, only Putin’s scheming mind can know for now. What is certain is that the world is a much more dangerous place than it was a mere month ago.