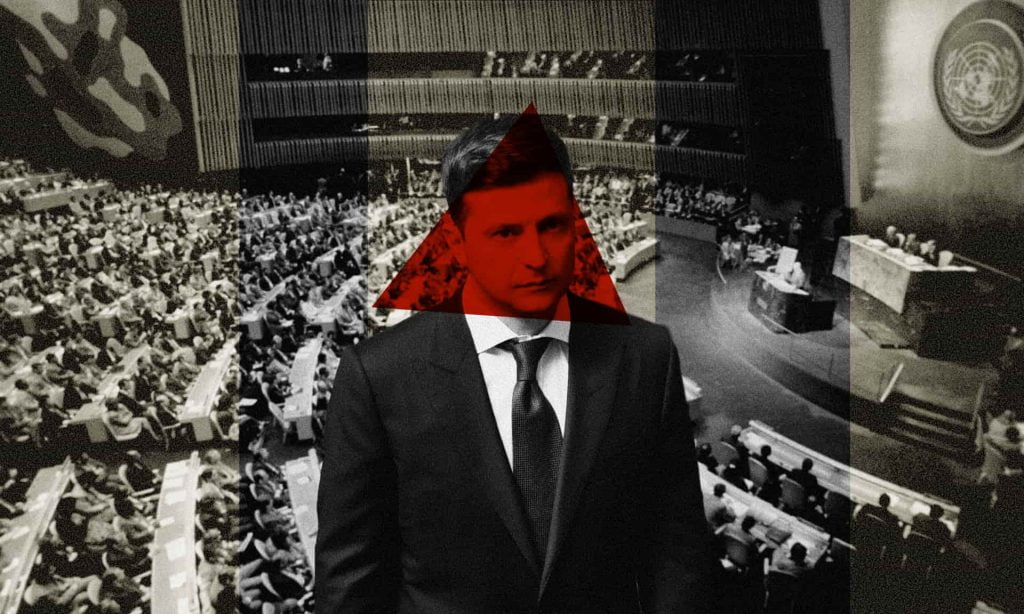 US and Russia spar over the Ukraine crisis at a special closed session of the UN Security Council.

Russia’s UN envoy Vasily Nebenzya accused Washington and its allies of drumming up the threat of war despite Moscow’s repeated denials of a planned invasion. “The discussions about a threat of war is provocative in and of itself. You are almost calling for this. You want it to happen”.

Antonio Guerres said to journalists at UN Headquarters in New York that he is deeply worried by the heightened tensions and increased speculation about a potential military conflict in Europe.

The UN political affairs chief called for meaningful progress on implementation of the 2015 Minsk agreements as she briefed the Security Council.

Addressing world leaders at the Munich Security Conference amid an intense spike in shelling by both sides in eastern Ukraine Guterres said that it was high time to “seriously de-escalate” the crisis.

UNICEF warned that conflict in Ukraine will disrupt an entire generation of children.

Following Russia’s decision to recognize the independence of unspecified areas of Ukraine’s Donetsk and Luhansk regions, the High Commissioner for Human Rights, Michele Bachelet raised concerns over the move.

Antonio Guterres described Russia’s move as “a death blow” to the Security Council. He also highlighted that “the principles of the UN Charter are not an a la carte menu.”

Sergiy Kyslytsya, the Ukrainian ambassador to the United Nations, said that article 4 of the UN charter says the UN is open only to peace-loving states that accept the terms of the charter. He said Russia’s actions showed it could not comply with those terms.

Russia launches an all-out invasion of Ukraine by land, air and sea

Speaking to journalists after the Security Council session, Antonio Guterres called the latest developments in Ukraine “the saddest moment of his tenure as the United Nations Secretary General. He called on Putin “in the name of humanity, bring your troops back to Russia”

During a UN Security Council meeting, Sergiy Kyslytsya, Ukraine’s ambassador, called for a moment of silence to pray for peace, and for the souls of those already killed after Russia invaded his country on 25 February.

The UN Security Council calls an emergency special session of the General Assembly on the Ukraine crisis.

Volodymyr Zelenskyy, the president of Ukraine, announced that it has submitted its application against Russia to the International Court of Justice. The president tweeted: “Russia must be held accountable for manipulating the notion of genocide to justify aggression. We request an urgent decision ordering Russia to cease military activity now and expect trials to start next week.”

The UN General Assembly holds an emergency meeting to discuss the attack on Ukraine by Russia. This meeting was called for by France during the Security Council meeting on the 27th and was adopted with a vote of 11 in favour. Russia had voted to block the meeting, while China, India, and the United Arab Emirates abstained. During the session, Ukraine’s ambassador to the UN read a text message exchange said to be between a Russian soldier in Ukraine and his mother shortly before he was killed.

The office of the United Nations High Commissioner for Refugees (UNHCR) reported at least 406 civilian casualties, including at least 102 dead.

The International Criminal Court announces that it will launch an official investigation into potential war crimes and crimes against humanity taking place in Ukraine.

The US has informed the Russian Mission to the UN that it is expelling a dozen UN diplomats from New York claiming that these Russian operatives “have abused their privileges” of US residency by engaging in espionage harmful to national security.

EU, British and US diplomats have walked out of a UN Human Rights Council meeting in Geneva during a virtual speech by Russian  foreign minister Sergei Lavrov

Unlike most organisations, UN-aligned is, primarily, its members. We are the New United Nations and though just a drop in the ocean, for now, we will carry on growing until we will become a force to be reckoned with!The more of us there are, the more chance we have of achieving our aims. Help us by promoting membership to you friends or to people you think have similar values. If every member added another, membership would snowball and we would be unstoppable!We also need active members: people who roll up their sleeves and contribute to the work of the organisation. Some already have, for instance, by writing articles for The Gordian, or offering to help with proofreading. No matter what you can do, we want you. Write to us with your talents and we’ll make it work.
Become a free member →
Explainer, Global Issues