Letter to Putin: “You are a serial killer, but there is one thing I must thank you for…” 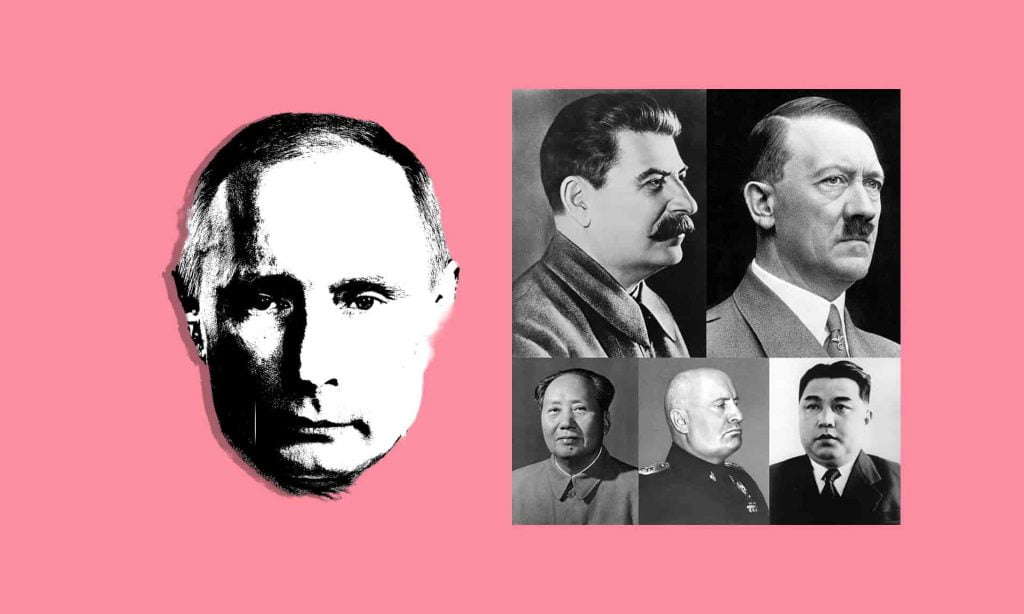 I do not mean to be rude by not gracing your name with a salutation or title; quite the contrary; if I had done so, only obscenities would have been appropriate under the circumstances.

The situation I am referring to is, of course, your ever-increasing list of crimes: yours, plus the many your soldiers are sanctioned to carry out in your name, such as murdering innocent men, women and children, rape and pillaging. “Kill one man, and you are a murderer. Kill millions of men, and you are a conqueror. Kill them all, and you are a god.”  I see that a god is what you are aspiring to become; a sinister god of the underworld, no doubt, but don’t delude yourself! Jean Rostand was referring to the perception in the minds of fools. You are no god. You are just a serial killer, a rapist, a bully and a thief. You will join the ranks of other sadists, who like you, abused their power to bring death and destruction into the world. However, in some ways you are worse than they are. They operated in darker times, when Truth was still struggling to climb out of her well. You have not got the luxury of mitigating circumstances. Truth is easily accessible now. The fanaticism of the past had been shown up for what it is, but you embrace it and with cynical irony you justify your onslaught on Ukraine as a Nazi-clensing operation, when in fact, it is your evil that is the closest thing to Nazism the world has known since Hitler’s demise.

But you know this. Why else would you keep your people in the dark? What are you trying to hide, if not the truth? Or is it that you believe they are too naive to understand? There is nothing difficult to understand. Facts speak for themselves. Your legacy is one of death and destruction, from your political opponents, to countries like Syria, Georgia and Ukraine. You target people, livelihoods, buildings and infrastructure. As for your own people, all you are trying to bequeath to them is a cloud of ignorance and intolerance. Be warned, however, each tear that has been shed because of you is a curse that will come back to haunt you. You will be hounded by the Furies and they will not rest until you have paid all your dues to justice.

So, NATO is your other great excuse. If you really were worried about NATO, you would not be provoking it now, even threatening it with nuclear war. Indeed, your excuses never did make any sense, no matter how hard you try to align them to your distorted reality. Still, you like to play the victim as well as the hero. And wasn’t Biden brutal when he called you a butcher? Your poor feelings must have been so hurt, though I understand not as much as when he said you should go. Yes, sometimes the West is as crazy as you are, but not for saying you should be removed, but for trying to mitigate the blow. It would be outrageous if you stayed. All agree that you are a war criminal, so who in their right mind would not want to see you behind bars?

Still, there is one thing I must thank you for. You have shown the United Nations up for what it is. True, its fiascos have been many, but such blatant abuse by a permanent member of the Security Council has really hammered home just how compromised it is. So something good may come out of all this: a new world order where criminals, even if they are heads of state, will be promptly arrested and put in prison where they belong.