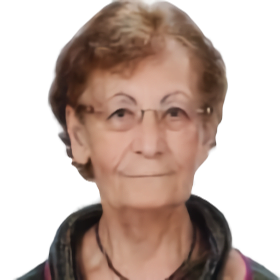 In the Palaeozoic era, an order of molluscs with red shells, called ammonites, had spread through all the sea since they had the ability not just to live underwater, but also to expel water from their shell and thus rise and descend. Their success with respect to other forms of life led them to reproduce until they saturated their environment and became extinct. The reason is the uncontainable growth of the species.

The large stone statues that we see today on Easter Island are the visible trace of the passage of a population that died out following the total deforestation of the land. The source of life on the island was in fact the very trees that were used for the transport and erection of those totems, symbols of political and religious power.

The reason for the extinction is arguably due to the iniquitous exploitation of nature for the construction of symbols of artifice. In today’s world, these two factors are combined: the unbounded reproduction of human beings and the consumption of our natural resources for the progressive growth of the artificial product. Thus, the prospect is that of a growing risk of the extinction of our species.

In the past, the family was made up of members of all the different generations and the children, who were raised in part by their grandparents. The network was fundamental as a workforce focused on an agricultural and artisanal economy. The Industrial Revolution, from the 19th century onwards, has broken down the extended family system by offering each member economic independence. The resulting prosperity has created a situation of alienation in family and generational ties. We are now faced with the need to build new relationships between people of different ages, while preserving the autonomy of individuals.

The experience of co-housing, which originated in Scandinavia, could be a significant example of such interaction. This is based on structures in which a number of people or families live in a residential community with common facilities. The independence of the private home remains guaranteed by personal rooms, but these are supplemented by shared spaces and resources like a library, living room, kitchen, household appliances, workshops gyms, guestrooms, vegetable gardens, cars, nursery facilities, gardens and the individual skills of the inhabitants.

These communities are not based on ideological or religious principles, but on the desire to recreate a lost sociability and to live in a way that has a sustainable environmental footprint and in which running costs can be shared, reducing the expense of daily life. In these places, the old and the young are able to share their time, knowledge and ideas. In such places, creativity can flourish and art, in its widest sense, can be a means of setting in motion common and unifying experiences.

Michelangelo Pistoletto, attaches, among all the areas highlighted above, the highest importance to education. With his words:

The Information and Communication Age, now fully in force, will make a great difference in this area. Although of relatively recent origins, the history of information technology has gone through a change equivalent to the one that led from the time of mammoths to today’s human beings. The scientific view of education is certainly not limited to the utilisation of technology. Let’s take music, for example: it can be transposed mathematically and in this mathematics, even the freest and most complex expression of the emotions and imagination is organised and expressed. The imagination leads into the universe of possibilities. Childhood fantasy is a continual investigation of the possible.