It shouldn’t be NATO, it should be the United Nations: The Poetry of Appeasement 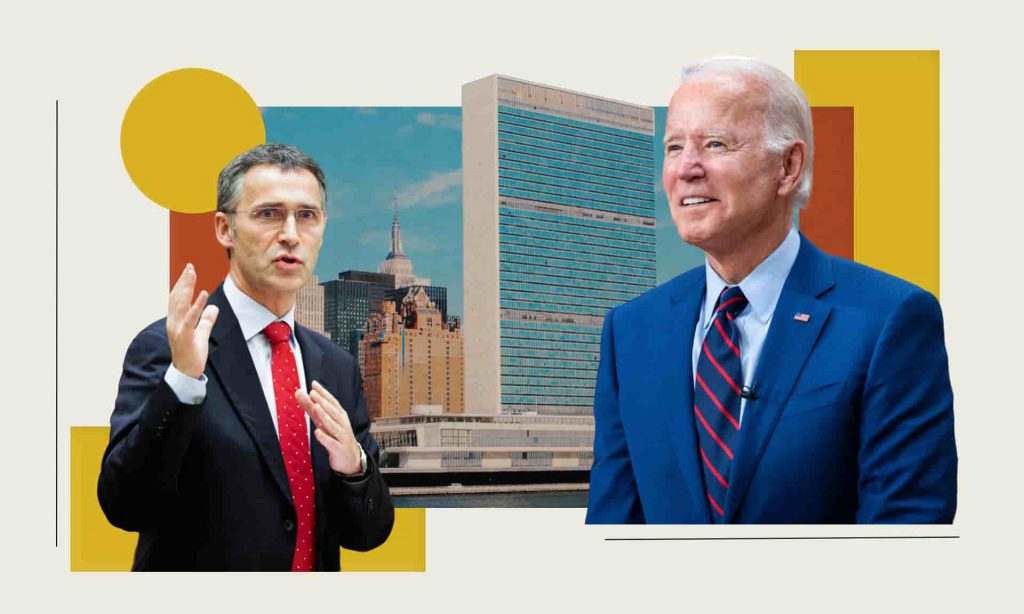 Has NATO been more successful with maintaining international peace and security? Photo by the UN-aligned design team.

Once again, the UN fails to secure its primary mission of safeguarding world peace. But what can we do about it?

As the list of governments I hate grows longer by the day, I cannot help but wonder about all the people who elected them into power in the first place. True, sometimes the system is rigged against the people, either because of the iron grip of despotic regimes or through a flawed system that only provides an illusion of choice. What Julius Nyerere said about America, applies to many democracies: “The United States is also a one-party state but, with typical American extravagance, they have two of them.”

Even in countries that do have more representative governments, parties are often forced to compromise their way into governing coalitions, watering down most of what they stood for in the process. Nevertheless, most of these governments are not without the support of the majority of their populations, be it in autocracies like Russia and China or traditional democracies like Brazil or India.

See no evil, hear no call to arms

The problem is not that people believe lies, but rather that they are not interested in finding out the truth. You see the truth demands action. If I deliberately push someone into a raging river in order to kill them, I am a murderer; but if they fall in or are pushed in by someone else, then I am not. I am not, that is, as long as saving them was not in my power. If I could have saved them without jeopardising my own life, but choose not to, say because I do not want to get my clothes wet or be late for work, then clearly, I too am a murderer; a murderer of a different sort, granted, but a murderer nonetheless.

Some people, say Putin for example, are comfortable being murderers, however, most of us are not. At the same time, we do not want to get our clothes wet. So what do we do?

Easy! Keep wearing those blinkers. It is no surprise, then, that when it comes to voting, we vote for people like us, or worse still, for those who quite enjoy pushing people to their deaths. The tragedy is that, despite living in this scenario, we delude ourselves that we are honest and upright citizens. Hell is empty and all the devils are here.

“And the stately ships go on to their haven under the hill…” They are carrying Russian and Saudi oil, Jaffa oranges, live sheep, fine milk and the dead calves for whom it was meant for, Hell’s “embroidered cloths, enwrought with golden and silver light” and perhaps some poor souls without papers fleeing some wartorn country to which they will soon be sent back to (but not before having to face every humiliation civilised society can throw at them). So we rush to buy our wares. Aye, we “may have heard the splash, the forsaken cry”, but for us “it was not an important failure”.

We are not powerless

No, no, we do not propose regime change, do carry on… Oh dear, you should never have been called a butcher!

Do forgive us if your feelings have been hurt.” And: “Oh, we will ‘stare as long as sheep and cows’ on the condition that your slaughter does not cross this line. The people on that side are not wearing a ‘I’m a NATO member badge’.” It is all quite surreal. Putin seems to be saying: “Look on my Works, ye Mighty, and despair!” But we must not, neither at his barbarous work, nor at the limp response from those who should be protecting Ukraine. Yes, NATO, by default, but technically it should not be NATO, it should be the United Nations. That is what it was founded for; this is what it receives billions of dollars for: WORLD PEACE.

UN-aligned is trying to do its part, but we cannot do it alone. Our message for a better United Nations and a fairer world needs to be broadcast. We need to rock the boat. We will be there to help you with your pet causes, but be there for us too.

Help us by introducing new members, identifying campaigns, writing, joining our management team, sharing your ideas, assisting us in finding sponsors and funding streams… even a bit of moral support, sometimes! I will be honest with you: at the moment the weight of the organisation is on the shoulders of a few dedicated people, but as the organisation grows, so should the support it receives, otherwise the risk is that it will buckle. Please help!