The Lingering Sins of Religion: When books weigh us down 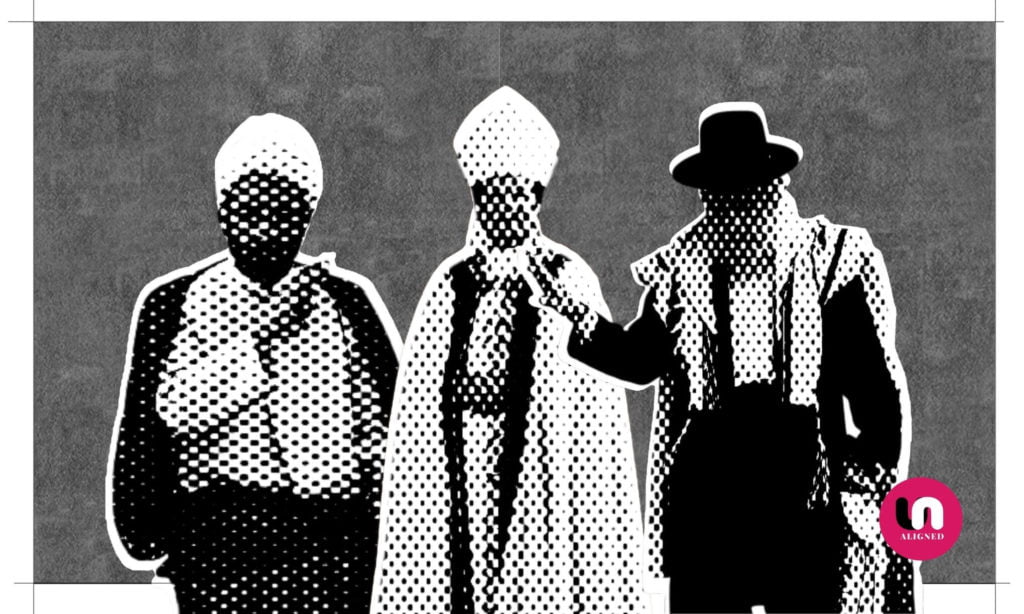 religion should not and must not be used as an excuse for indifference, oppression or injustice of any kind. Photo by the UN-aligned design team.

There are thousands of religions in the world today and many thousands more have come and gone. Many of these claim or have claimed a monopoly on truth relating to the divine and the moral, as well as to the rituals necessary to accompany a devout life. No doubt, much good has come from these religions in as much as they have contributed to unifying people around a set of values that have generally been beneficial to society and wellbeing. Often, they coalesce around scriptures that are professed to have been inspired or dictated by heaven itself. The Abrahamic religions, Judaism, Christianity and Islam are very much of this mould. There is only one problem: societies change, but books do not.

When books weigh us down

When, as a young man, I had informed my mother that I had decided to become a vegetarian because I could not condone the killing of animals, nor the suffering we inflicted on them, her reply was simple: “Jesus ate meat.” Discussion closed. Had I been bolder, I could have explained how times change, how our awareness and knowhow meant that we could move on from that stage of our evolution, but who was I to question her faith? I simply moved on re-defining my own.

Her book had become an anchor preventing her from moving forward. As I got older, I discovered how more and more injustices were linked to books that were frozen in time, deprived of the possibility to adapt to an evolving world. The suppression of women, the persecution of homosexuals, the circumcision of small boys, the demeaning of sexual acts, the terrorising of children with threats of eternal and excruciating damnation are some of the most noteworthy.

Fortunately, some of the more nefarious dictates of religion are starting to be abandoned and they are being interpreted as having only been relevant to the historical context from whence they came. These include precepts such as those that relate to stoning, slavery, divorce and women’s rights. I say “starting” because, of course, some of these ills still linger.  Why some and not others? Sadly, it is a case of admitting defeat only when the last soldier has been shot.

Take Galileo Galilei for instance. If the Roman Catholic Church could have its way, perhaps Catholics would still be forced to believe that the whole universe revolves around the earth. A full hundred years after Nicolaus Copernicus expounded the heliocentric model of our solar system in 1514, Galileo was dragged before the Roman Inquisition and forced to recant and stop supporting the “theory”. The court concluded that heliocentrism was “foolish and absurd in philosophy, and formally heretical since it explicitly contradicts in many places, the sense of Holy Scripture.”

However, it is not only what religions prescribe that can be dangerous. Sometimes the problems lie with what they fail to condemn. Think of all the horrors that were rife through the centuries when the Abrahamic scriptures were composed: violence against women and children, arranged marriages, cruelty to animals, wars… Certainly, during the time of Mohammed, for instance, war was a matter of course and branding it as wrong would have been asking for trouble.

However, that was hundreds of years ago. Though the silence of many scriptures in this regard is no doubt partly responsible for the complacency of people towards the horrors of war, continued acceptance of this barbaric way of settling differences, because scriptures do not explicitly denounce it, is downright wrong.

This highlights how scriptures can be quite open to neglect or self-serving interpretation when this pleases the religious powers that be. As the church gained temporal power, in fact, belligerent popes were the norm, not the exception.

So, there are serious dangers associated with abdicating all responsibility regarding right and wrong and delegating it solely to canon. First, every situation we encounter is different and, moreover, humanity continues to develop. Scriptures cannot cover every eventuality, nor can they evolve with the times. They can impart a certain spirit of righteousness which then has to be adapted according to circumstances and progress.

Second, mark you this: “the devil can cite Scripture for his purpose,” and such manipulation can so easily dupe believers who are not trained to use their conscience or their judgement. Finally, living strictly according to rules that are hundreds or thousands of years old does not simply leave one out of synchrony with development, in many cases it endangers it: LGBT+ rights, women’s rights, animal rights, children’s rights are all seriously threatened by narrow religious observance.

The power of conscience

Some may argue that taking away strict adherence to the scriptures would be like opening a Pandora’s Box and inviting a free for all. This is nonsense. Let us consider why believers follow a particular religion. In many cases it is because their parents or their community told them too. I doubt many children are presented with a selection of world scriptures as they get older and encouraged to choose for themselves.

People often just follow what they are brought up with and would consider it treason to even contemplate abandoning their religion for another, or none at all. Where is the virtue in that? Still, let us assume one does make a concerted effort to choose one’s religion according to the highest principles of kindness and decency. The fact remains that the scripture is being judged by something higher than itself, namely a person’s conscience. Surely then, this is what we should be following in the first place: a conscience, which indeed can be edified by scriptures and a host of other teachings and experiences, but a conscience nonetheless.

Such a conclusion has led some religions or schools to deny free will altogether and attribute one’s faith solely to grace or predestination. This is the ultimate betrayal of one’s dignity and responsibility and all the more sinister when the religion in question leads us to bigotry and acts of hatred.

Einstein had said that “God does not play dice”, I expect that God does not play games with our consciences either. We have a conscience to judge what must be done and we cannot blame anyone or anything else for our transgressions against kindness and justice.

In conclusion, religion should not and must not be used as an excuse for indifference, oppression or injustice of any kind, whether it be to fellow humans, to animals or to the planet itself. Indeed, standing up to narrow minded traditionalism may not make one many friends, but kindness and justice are not negotiable.

Unlike most organisations, UN-aligned is, primarily, its members. We are the New United Nations and though just a drop in the ocean, for now, we will carry on growing until we will become a force to be reckoned with!The more of us there are, the more chance we have of achieving our aims. Help us by promoting membership to you friends or to people you think have similar values. If every member added another, membership would snowball and we would be unstoppable!We also need active members: people who roll up their sleeves and contribute to the work of the organisation. Some already have, for instance, by writing articles for The Gordian, or offering to help with proofreading. No matter what you can do, we want you. Write to us with your talents and we’ll make it work.
Become a free member →
Human Rights, Religion