“No, it’s not just a snip”: Why Circumcision is Legalised Child Abuse 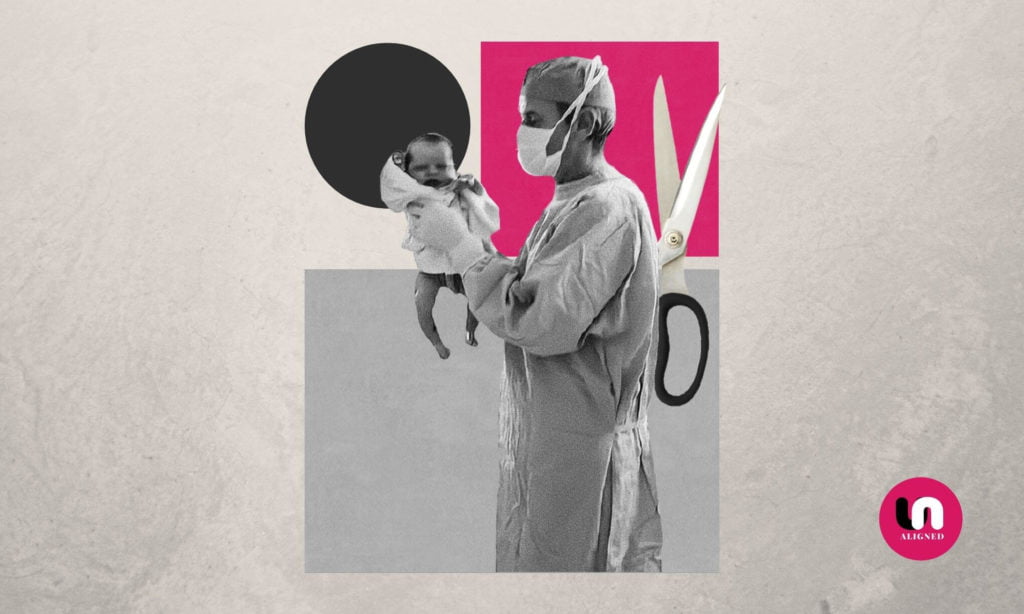 Mutilating the sexual organs of a child (circumcision) in the name of culture, religion or dubious preventative medical claims is outrageous and a blatant breach of the child’s human rights. Female genital mutilation is thankfully on the decline and relatively rare in developed countries. The cutting of little boys, however, is not. Approximately one third of males are circumcised worldwide. In this article I intend to highlight the futility and barbarity of the practice.

Justifications on a razor’s edge

There are two main reasons why parents would want to inflict the mutilation on a child, other than legitimately therapeutic ones. One is religious or cultural, while the other is based on hygiene. Neither can be justified, not least because they fail to take the child’s human rights into account. After all, would a parent be allowed to drag an adult son away and chop off his foreskin without his consent? Of course not! Well, it is worth remembering that the irreversible cut that is carried out on the child is inflicted on the adult that child will become too.

Cutting in the name of culture and religion

Let us begin with religion. The practice dates back to ancient times and there is evidence that it was practiced in Africa, including Egypt, as well as the Middle East. In Judaism it became a distinguishing feature as it was presented as a covenant between God and the Jewish people through Abraham (Gen.17:10). Islam adopted it, partly because it was already customary with many convert. However, in Islam it is not a deal breaker and a significant number of Muslims, in parts of Pakistan for instance, do not get circumcised.

Nevertheless, like all unsavoury practices that may have once been the staple of a religion, such as stoning, the suppression of women or slavery, many Jews started speaking out against the practice. Theodor Herzl (1860-1904), for instance, who is generally referred to as the Father of the State of Israel, refused to have his sons circumcised. The early Christians of the Roman Empire, who were comfortable accepting Jewish traditions and scriptures, had no qualms when it came to rejecting circumcision. They not only considered it abhorrent, but also vulgar.

The glans, the head of the penis, was considered a most intimate part of the male anatomy and a sign of arousal. The foreskin kept it out of sight while men exercised or bathed together as was customary in most parts of the empire. Some jews, therefore, felt mortified at having to parade their glans in these public places and they did their best to cloak it in any way they could. Nowadays, there are many more reasons why circumcision should not be performed, as we shall see, and stubbornly sticking to the practice’s primitive religious roots in order to perpetrate it should no longer be acceptable.

Cutting in the name of hygiene

The health arguments may have made sense when cleanliness was not all the rage, but it makes no sense now. Imagine if a doctor offered to chop off a baby boy’s toes so that he would not be prone to athlete’s foot when he got older… You would rightly think that he or she was stark raving mad. And yet one can get athlete’s foot even when one washes one’s feet religiously.

When it comes to the penis, soap and water generally does the trick. True some venereal diseases, and even AIDS may be more easily contracted with an intact foreskin, but the answer here is clearly the use of condoms, especially when cutting is no guarantee against infection. Despite this, in 2008 the United Nations (the WHO and UNAIDS) started a programme of circumcision that resulted in over 11, 000,000 circumcisions in southern and eastern Africa. Perhaps the UN preferred to mutilate all those men and boys rather than promote and distribute condoms so as not to offend Pope Benedict XVI who, like his predecessor John Paul II, was vigorously opposed to the use of condoms.

The fact is that there are serious health risks linked to the circumcision of children, including death, infections, insufficient penile skin for comfortable erection, chafing and repeated tearing of the wound on manipulation. Infections, including venereal ones, are particularly an issue when the metzitzah b’peh ritual is followed, which involves the sucking of the bleeding penis by the person officiating the circumcision rite.

Then, of course there are all the psychological issues. These range from trauma to feelings of parental betrayal and disfigurement, low self esteem and depression. Statistics vary from country to country, but even in a medically advanced country like the USA for instance, about 100 neonatal circumcision-related deaths occur every year, which is equivalent to 1.3% of all male neonatal deaths.

All this goes to show that the arguments in favour of circumcision are either outdated or flawed. However, we have not even touched on the two primary issues yet. First, circumcising a child is abuse and a breach of his human rights; second, apart from the issues mentioned above, circumcision deprives the victim of the natural pleasures the foreskin is designed to provide.

Betrayal at the very top

It is not surprising that the United Nations tends to overlook male circumcision when advocating the rights of the child considering it likes to kowtow to so many of its member States that are in favour of the practice. In the United States, where about 75% of boys are circumcised, the American Academy of Pediatrics is no better at defending male children from this abuse, partly because doctors earn vast sums of money performing the operations equivalent to about $2,000 per mutilation.

Despite this laissez faire attitude, the fact remains that mutilating a child for non-therapeutic reasons is abuse and a fundamental infringement of their human rights. At long last, some countries are working towards abolishing the practice, particularly in northern Europe. Iceland, it seems, may be the first to get there.

An integral element of the sexual act

It is no wonder then that some men resort to foreskin restoration methods to regain their foreskins. This is either achieved by stretching the skin of the penis until it is trained to cover the glans, or through surgery. The new foreskin, however, will lack the specialised tissue removed by circumcision.

The aim of this article is to highlight the injustice of forced non-therapeutic circumcision. It does not cover all the issues relating to the subject, such as how it can affect sexual partners, or how to deal with some of the psychological issues mentioned above. However, there are support groups and advice centres such as Your Whole Baby that can offer help and professional support. If you would like to share your experiences regarding the topic, write to us via our Contact Page at UN-aligned.

Unlike most organisations, UN-aligned is, primarily, its members. We are the New United Nations and though just a drop in the ocean, for now, we will carry on growing until we will become a force to be reckoned with!The more of us there are, the more chance we have of achieving our aims. Help us by promoting membership to you friends or to people you think have similar values. If every member added another, membership would snowball and we would be unstoppable!We also need active members: people who roll up their sleeves and contribute to the work of the organisation. Some already have, for instance, by writing articles for The Gordian, or offering to help with proofreading. No matter what you can do, we want you. Write to us with your talents and we’ll make it work.
Become a free member →
Health, Human Rights, UN in Focus