Surviving against the odds: life in an overlooked Bangladeshi locality 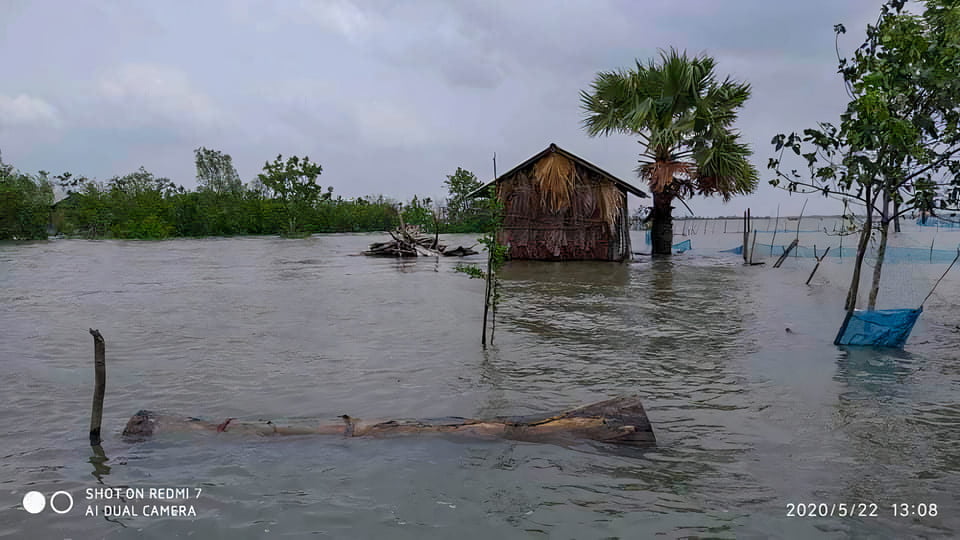 I live in a southernmost Upazila (administrative district) of Bangladesh called Gabura. Bangladesh is an underdeveloped country and my village is typical of the struggling communities of the delta region. Many people here do not have access to basic education and the village does not even have electricity.

There are three distinct seasons in Bangladesh: a hot, humid summer from March to June; a cool rainy monsoon season from June to October; and a cool dry winter from October to March. Life in Gabura changes dramatically with each season.

In general, the summer temperature ranges from 30 to 40 degrees. “April is the cruellest month”, with temperatures reaching their highest at around this time.

The lack of electricity means that there is no way of escaping the summer heat and the only thing the people can do is pray for a friendly breeze. Often, it is too hot to work and even getting some sleep can prove difficult. However, what is even more serious is the fact that the intense heat is often accompanied by painful or life-threatening conditions, like heat rashes and heat strokes. What makes matters worse is a lack of hospitals and medical facilities.

The rainy season is no kinder. The heavy rain is relentless and the roads, which are usually made of mud, disintegrate and become hazardous. This means that some essential activities, like going to work or going to school can no longer take place.

Furthermore, as the rivers start to swell, they often burst their banks, engulfing vast tracts of land. The brimming rivers are also responsible for permanent land erosion that deprives many people of their homes, their plots and even their livestock. People are often forced to spend the whole season in a cyclone shelter. The rainy season also brings with it its own set of health problems, such as dysentery and other waterborne diseases. For the inhabitants of Gabura, this season is like a curse that claims lives as well as livelihoods.

The winter season is the happiest time for the people of Gabura. They can go out and carry on with their daily business without constant threats. The temperature is also pleasant, ranging from 11 to 28 degrees. This is when the middle-class people of Gabura make the most of life, as they enjoy feasting on delicious food and socialising. However, the poorer people also make the best of their situation and enjoy themselves as much as they can.

The government in Bangladesh must urgently invest in the infrastructure of Gabura in order to ensure its survival. We need tube wells to provide clean drinking water, better medical facilities, at least two more secondary schools (there are only two at the moment), more cyclone shelters and durable roads. Most of all, we need electricity, as without this the chances of real progress are almost impossible.

Golam Habib joined UN-aligned a few months ago. He is on the UN-aligned English Language Programme and is a second-year sociology student at Jagannath University in Dhaka. Golam Habib is dedicated to improving the infrastructure of his hometown, Gabura.

Unlike most organisations, UN-aligned is, primarily, its members. We are the New United Nations and though just a drop in the ocean, for now, we will carry on growing until we will become a force to be reckoned with!The more of us there are, the more chance we have of achieving our aims. Help us by promoting membership to you friends or to people you think have similar values. If every member added another, membership would snowball and we would be unstoppable!We also need active members: people who roll up their sleeves and contribute to the work of the organisation. Some already have, for instance, by writing articles for The Gordian, or offering to help with proofreading. No matter what you can do, we want you. Write to us with your talents and we’ll make it work.
Become a free member →
Country Profile, Global Issues