How to prevent the 2021 food crisis 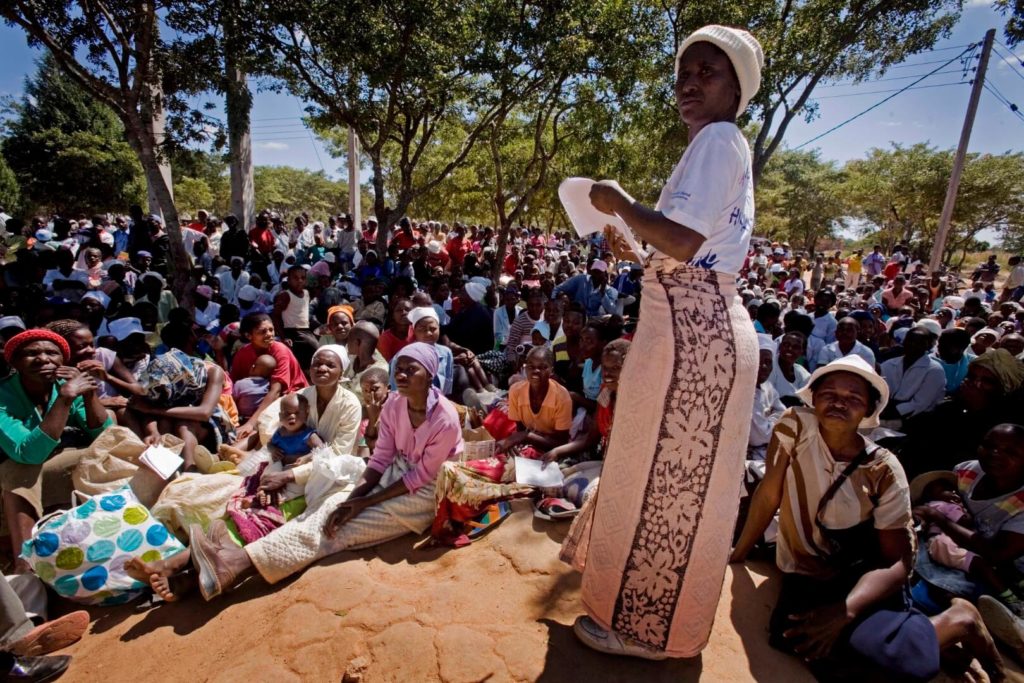 A group of woman who are waiting to collect their food ration at a food distribution point in Epworth, Zimbabwe

Many will face horrific hunger if relief efforts are not stepped up in a world heated by coal, infected with Covid-19 and separated by nationalists.

Five years ago, 193 countries lined up behind a comprehensive and ambitious set of targets – also known as the Sustainable Development Goals – to transform life and the planet by 2030. Contrary to most UN agreements that are ignored and unheeded by the member states, the project was more than a political platitude and successful on many fronts: extreme poverty fell dramatically and child deaths halved.

The 17 Sustainable Development Goals will indeed remain a remarkable example of the tireless and significant work by the United Nations for the planet and its people. However, if everything were hunky-dory there wouldn’t be a point in writing this piece, would there?

The Millennium Development Goals, whose 15-year mission included the eradication of extreme poverty and hunger, is threatened by a looming food crisis likely to wipe out almost ten years of achievements in development.

Recently, you may have run into headlines warning about an unprecedented world famine targeting the already-vulnerable world’s hunger hotspots. Of course, this being 2020, your compassion fatigue may have kicked in and pleaded with you to block unpleasant news in the hope that everything will get better.

Regardless of how you chose to cope with this, global hunger is here to stay and it is getting worse. Much worse.

In early July, an Oxfam report estimated that up to 12,000 people could die per day because of a hunger crisis exacerbated by climate change and the covid-19 pandemic.

The rise in global hunger is accentuated by the climate emergency

More floods, more droughts, and fiercer storms have occurred. When a once-in-a-century severe weather event becomes the norm, farmers and farm communities around the world will be the first to be hit and challenged.

The combination of advancing climate change and an already-vulnerable industrial system in developed countries will endanger farmers’ livelihood and therefore our food supplies. It is also expected that when agricultural production declines, food prices will rise and make what little remains more valuable.

The way we produce food has long been caught in a vicious circle, with agriculture driving up greenhouse gas emissions and the dreadful weather conditions caused by climate change, making it impossible to grow the food we need.

The Covid pandemic has also hardly been an “equaliser”

For many, a combination of unemployment, low pay and wages that aren’t rising, zero-hour contracts and the soaring cost of living means they are living on the breadline. The lowest paid will continue to be squeezed.

Arif Husain the chief economist of the World Food Programme (WFP) has warned that although the world has experienced severe hunger crises before, we are stepping into an “unprecedented and uncharted territory”.

About 135 million people had been already facing acute food shortages, but now with the pandemic, 130 million more could go hungry in 2020. As Yusuf Jonga Hinna, the Nigerian ambassador in Italy, puts it in his unambiguous and unadorned speech in a Ceres2030 convention in 2018: “No farmer no food, no food no nation.”

It is increasingly clear that, unless urgent action is taken, there will be an imminent global food disaster that could have long-term effects on hundreds of millions of children and adults. You may be wondering how we can possibly go about addressing such a large scale issue. Well, there is hope.

The prospect of hunger is a familiar experience amongst many. It is easy to sympathise with someone who is hungry and, thus, it should be easier to assemble the necessary funds required to prevent this disaster.

Putting your country first is one of the most selfish acts one soulless being can commit. It is obscene for half a country to live in luxury, while the other half is plagued by poverty and starvation. Similarly, parts of the globe should not languish in deprivation, when enough resources are available to resolve this deplorable state of affairs.

In a world of plenty, the fact that there are children all around the world who go hungry, are malnourished and in many cases die of starvation, is not only a tragedy, but an avoidable one.

How to end world hunger?

According to Ceres2030, a report backed by the German government, ending hunger by 2030 is possible, but will come with a price tag of $330bn. Although this number may seem daunting, it is only about 15% of what the 15 topmost spending countries spent on military expenditure in 2019.

The Ceres2030 report lays a combination of solutions ranging from social protection to investment in research and training, but most notably encourages:

The empowerment of women is also key in bringing world hunger to an end. On average women make up to 43% of the agricultural labour in developing countries and this figure can even exceed 50% in some eastern African countries.

Women farmers are often held back by barriers that prevent them from feeding their families and reinvesting in their livelihoods. According to a report by Oxfam:

By tackling these problems, the ability of hundreds of millions of woman farmers to effectively eradicate poverty and hunger could be unlocked.

Of course, throwing money at the problem is not the only solution. A change in the way we exploit the planet and its lifeforms is also essential if we are to deal with the problem rather than just the symptoms. Meat and dairy production, for instance, wastes a huge amount of resources (land and water, in particular) for very limited returns.

The industry is also responsible for “more greenhouse gasses than all the world’s transport systems combined.” Producing plant-based foods can supply food and water to about twenty times as many people, which on its own would go a long way to solving the world’s food problem.

According to PETA, in the United States alone, 56 million acres of land are used to grow feed for animals, while only 4 million acres are producing plants for humans to eat; and a good deal more animal feed is also imported from abroad, much of it originating from land claimed form the Amazon forests.

“It always seems impossible until it is done” –  Nelson Mandela

Climate change and the covid-19 pandemic have fueled a devastating and unstoppable food crisis, one that is unlike anything we have seen. Moreover, ending poverty and hunger is an indispensable requirement for sustainable development. There must be an urgent political will to stop the target of zero hunger from going backwards.

Civilisation has accomplished marvellous achievements in the social order and it will continue to do so despite some primitive characteristics it has. World hunger is, to a certain extent, man-made and therefore, man-solvable.

UN-aligned is committed to international efforts to eradicate poverty and tackle climate change. It promotes public awareness regarding global issues and the responsibility of individuals and governments in resolving them.

Please read this month’s campaign to see how you can get involved with this issue.

Here I will leave you with a poem by Tyktmy.