‘Why are you talking like that?’: How politicians use words to influence and mislead 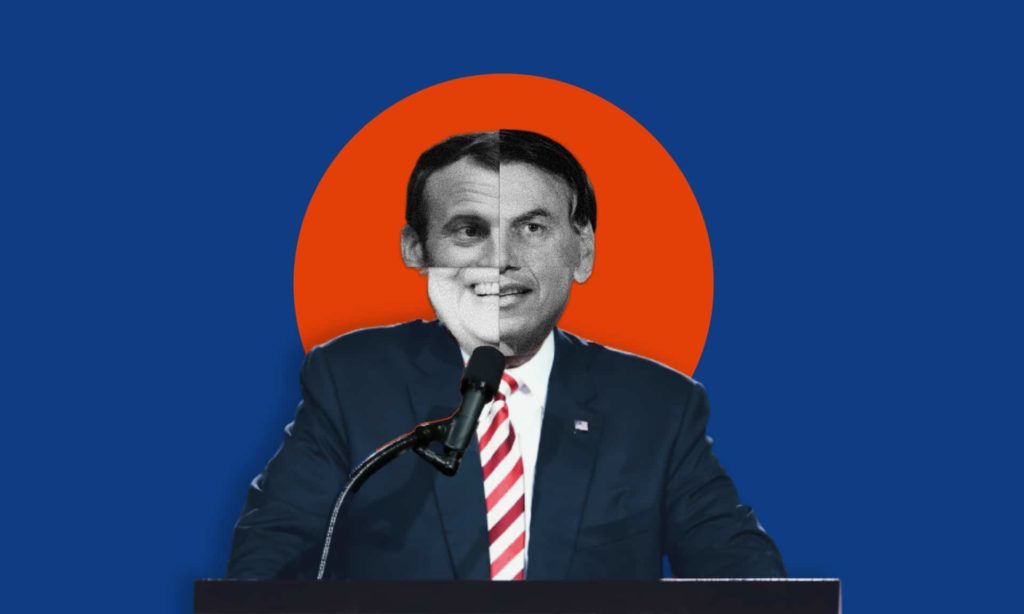 Analyzing political discourse can be tricky, but asking the right questions about a speech can reveal the necessary information to interpret the intentions of the speaker. Photo the UN-aligned design team.

While it is true that humans are complex creatures and clear linear relationships rarely apply in the real world, language usage and perception undoubtedly plays a significant role in the world of politics, especially today where social factors such as gender and ethnicity are gaining more attention.

In this brief article, I will look at the use of language in political discourse. More specifically, we will also look at the phenomenon known as code-switching, how and why it occurs and some of the effects it bears.

A politician for instance may campaign for (or against) a specific cause, or they may want to convince people to vote for their political party in an election. Thus they may resort to using language as a tool in order to reach their goals. We will look at one such tool below.

We may also call it code-switching if the way the speaker uses language at a certain point differs from how they normally speak and we can combine it with language choice (why a certain language is chosen to communicate) to get a better understanding of the intentions of the speaker. Code-switching may be done consciously or unconsciously. Regardless of which form, it is often done to change the perception the listener has of the speaker.

Monica Hiller argues that code-switching should be looked at as part of a range of linguistic practices people use to establish social goals. In political discourse, these social goals are changed to political goals. So let’s look at some examples that concern each of the three code-switching categories mentioned above.

The first form of code-switching occurs between two completely different languages. Interlingual code-switching commonly occurs in nations with a history of colonisation (such as India and the Philippines) as well as nations that have multiple official languages (such as Canada and Belgium). Monica Heller argues that when power is stable, convention prevails. Applying this logic to multilingualism, it may be that a politician uses an official language (or more commonly used official language) when they don’t feel the need to manipulate the listener in any way.

Let’s look at some examples. It is common for presidents or prime ministers of a country to speak the official language of their country when talking to an international audience, even though they are fully capable of expressing the same thoughts in a language such as English. The choice of language here may serve to separate oneself (or the nation one represents) from others. In some cases it may even be done to elevate the speaker (and the nation they represent).

On the flip side, a representative of a country may choose to speak the language of the nation they are trying to communicate with to bring them on their side. This can be interpreted as decreasing the distance between the speaker and the listener.

As an example, in both 2009 and 2016, Barack Obama sent a message in the form of a video broadcast to the Iranian people informing them of the good will of the United States of America and their will to improve the relationship of the two nations. This was done as an attempt to get the Iranian population on his side. Both speeches are approximately five minutes long and are done in English, however the president ends both speeches with a happy new year message in Farsi.

As with many social sciences, it is relatively difficult to predict how much effect a simple phrase in Farsi had on the Iranian population, but in discourse analysis looking at the intentions of the speaker is often more important than the actual effects.

The second form of code-switching occurs between two varieties of the same language. This type is common where a standard form of language is often reinforced. In the People’s Republic of China, there exist more than 100 dialects of the same language depending on the way we differentiate between languages, dialects and accents. It is common for officials in China to speak in Mandarin Chinese in political meetings, even though it differs from their mother dialect. While language policy also plays a role in this case, the choice often belongs to the speaker. The use of Mandarin Chinese in this case serves as a way to signify unity amongst the entire nation.

The final form of code-switching is among registers of the same language. In sociolinguistics, a register is a variety of language which is used in a particular situation or for a particular purpose. The most commonly known and analyzed registers are formal and informal speech. You may for instance talk more formally when talking to your teacher than when you talk to your siblings (particular situation). You may also be more polite when you want to make a request such as asking your parents for money (particular purpose).

Now that we have a basic idea about language choice and code-switching, we can try to analyze how politicians talk.

When we hear a politician talk, we should ask the following questions to see if any linguistic manipulation is taking place

Analyzing political discourse, like analyzing any other discours, can be tricky and needs to be handled with care, however the answers to these questions often reveal the necessary information to interpret the intentions of the speaker.

Now let’s look at two scenarios one hypothetical and one from the real world.

–Thought experiment one: The language choice of a populist

Let’s ponder upon the following question: “What kind of language would a populist want to use?” The politician may make a conscious choice to code-switch from formal speech to informal speech. The populist ideology presents “the people” as a morally good force and contrasts them against “the elite”.

As we have discussed earlier, the use of formal language often creates a distance between the speaker and the listener, thus it may come across as elitist which goes against the goals of populism. The use of informal language on the other hand closes this distance and makes the politician more relatable, and thus often appealing to the “voice of people”. The politician may also consciously make the decision to code-switch to a second language. This may be done in order to appeal to the local or ethnic population.

Now we may turn to a real life example of how the choice of language influenced people’s choice of presidential voting. Let’s look at the 2016 U.S. elections where Donald Trump came out victorious even though most people initially counted him out. Without a doubt, various factors played a role in the 2016 U.S elections, but let’s turn to the (potential) effect of language choice and code-switching. Firstly, Trump made use of a very informal register of the English language which reduces the distance between him and the listeners.

Secondly his speeches are often unscripted (or at least become unscripted at some point) and he appears to believe everything he says which makes him appear genuine and honest. Many people interpret him as being the voice of the people. Of course we can also look at language specific properties for English such as sentence structure, word usage, etc. The insight provided by George Lakoff in a Vox article goes into more detail about these specific properties.

There are various factors that affect our decisions and language plays an undisputable role in it. The same is true for political discourse. Politicians often have very large audiences and thus massive social influence. Therefore, it is crucial that we stay aware of the implications of what kind of language they use. The branch of linguistics known as political linguistics can be of help here. Political linguistics needs to utilize tools from various fields such as discourse analysis, sociolinguistics and cognitive linguistics to answer questions regarding how politicians use language.

In this brief article, we talked about language choice and code-switching, its types and why it occurs and we looked at some hypothetical and real-life examples. Hopefully, this brief article will make you more aware of what language (or variation of language) politicians use and assist you in making decisions that are guided by logic rather than feeling.