Generation Earth: Why Youth are Necessary for Solving Global Problems 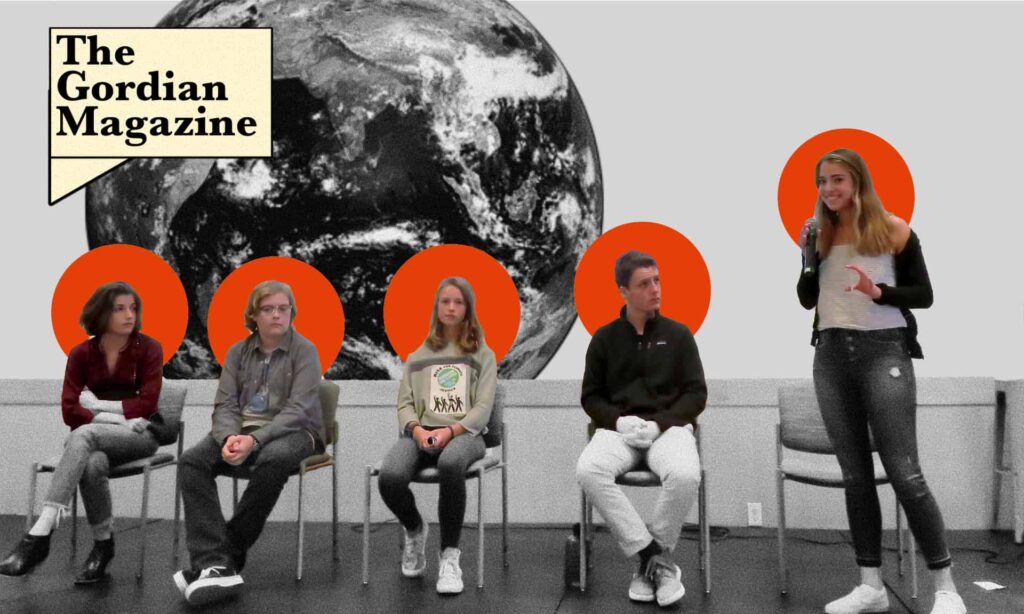 Many young people are global. Growing up online has predisposed a generation to a cosmopolitan perspective previously only accessible by the elite. Interacting with a culture different from your own has become a commonplace occurrence online, which has led many to retreat into safe, echo chambers with people of the value system. This retreat is exemplified by private chat groups which at best, provide a welcoming space for a niche community, and at worst, provide a space for terrorists to plan attacks. Yet, if you’ve grown up online, you’ll know that an echo chamber is far less fun than a debate space.

Young people, far more than their older peers, prefer to engage, debate, and learn from one another online. I witness this every day in the Young World Federalists communities and technologies like TikTok’s Duet function which promotes reacting to and replying to other users. Young people are online to engage with one another. The inherently democratic nature of youthful online interaction will be the foundation of a future global polity. A generation seeking not to confirm their beliefs with ideological compatriots but through rigorous debate with ideological counterparts is the ideal vanguard for any number of world federalist projects.

World federalists have long been occupied with the idea of a grassroots global democracy. A world parliament of the people, a global citizens assembly, and a provisional world government are ideas lauded by the movement. Technologists, almost since the moment the World Wide Web was born in 1995, have promoted the use of digital networks for democracy. There are dozens of start-ups, NGOs, and networks all working on the ideal of online global democracy. The core problem that unites them all is the network effect, as in, people will not flock to any one of these platforms to discuss problems unless other people are already there. The flip side of the issue is of course that once the network begins to grow, it grows exponentially. If world federalists are able to motivate a younger user base to jump onboard a digital democracy space and stay there, then there is a good chance that it could become the grassroots – digital – global democracy capable of ushering in a new era in global governance; one in which the people of the world as a collective unit have influence over the competitive and anarchic system of nation-states.

The human species is young. The UN estimates that in 2019, 16% of the global population was between the ages of 15 – 24 and that the “youth population in the poorest countries is projected to increase 62 percent by 2050”. Countries with a past rooted in colonial domination and a present overshadowed by its residual forms, such as the asymmetric power structure of the UN, have the most to gain in a system of democratic global governance. The ongoing explosion of global youth, particularly in the Global South, is an opportunity for the world federalist community to pivot away from older Global Northerners and towards the youth that have the most to gain from the world federalist message.

A world federation would amplify the voices of those unheard in geopolitics. It would level the proverbial playing field between those in the Global North who benefit from centuries of exploitation and extraction, with the generations of those on the receiving end of (neo)colonial abuse. As a movement of people committed to the empowerment of human rights and equality between people, world federalists must find their leaders not in the wealthy universities of the North, but in the town squares of the South. The digital era has made this task easier than ever and provides ample common ground for a movement, and humanity, to unite under a common banner of world federation.

The images of young people gathering in the streets and calling on world leaders to address the climate crisis are known around the world. The youth climate movement benefits from a high understanding of the power of digital tools, clear goals, and a unity borne out of the extreme threat to livelihoods that only climate disasters can provide.

The Young World Federalists (YWF) is the youth-led NGO that runs r/GlobalTribe. We envision a sustainable, just, and peaceful world through a democratic world federation. A world run by humanity, for humanity, providing equal opportunity to all on a thriving planet. To build support for our cause, we educate the public and raise awareness, collaborate with like-minded organizations, and mobilize activists and volunteers.

You can become a member for as little as $1/month or $10/year. These dues help us with marketing and event costs and in turn, give you voting rights in the organization as well as a bunch of other benefits. You can learn more about membership on our website here. We will have a membership drive during the Week for World Parliament (more info below) which will double your money for signing up.

The easiest way to help out is to signup for our newsletter and join the Discord server for updates on our upcoming events and actions. Of course, you can also follow us on social media.

Upcoming events? That’s right. The 8th Annual Week for World Parliament is starting on October 21st and there are events taking place around the world and online to fight for a world parliament with the power to distribute vaccines fairly around the world. You can find events on the website here.

There’s also an Open Letter for World Parliament which takes about 20 seconds to sign, which is a quick and easy way to show your support.