The master of the Bildungsroman: Leslie Poles Hartley’s life and works 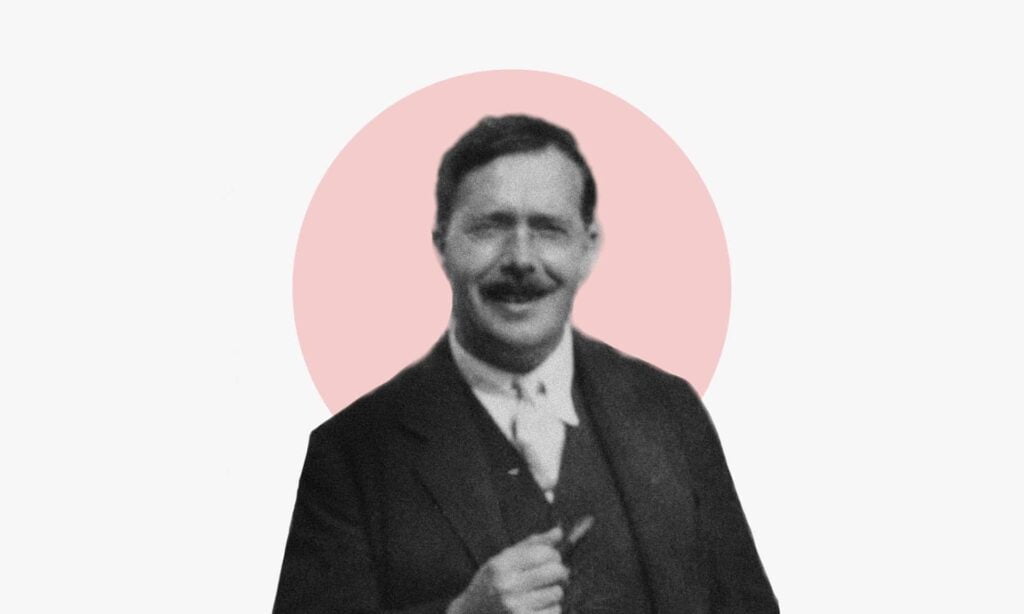 Leslie Poles Hartley was born in England on the 30th of December 1895. He grew up in the relatively peaceful period of Edwardian England. He had an excellent education at Harrow and subsequently at Oxford University. After the outbreak of the First World War, the peace and tranquillity of the Edwardian English society, which he had been accustomed to, was suddenly disrupted. Hartley joined the army as an officer.

He was never involved in fighting, but gained a certain amount of experience of the military world. After the war, he became a journalist, reviewing literature for the Spectator, the Observer and other London papers.

Hartley dedicated his life to writing, reaching literary maturity in the 1940s when he wrote the trilogy Eustace and Hilda (1944 to 1947). In 1953 he published The Go-Between which is his most popular novel. He continued writing until his death in 1972.

Hartley decided to become a professional writer when he was still at Oxford in 1919. He began by writing for newspapers and magazines and then wrote his first novel, Simonetta Perkins, in 1925.

This novel is set in Venice where he lived for a period during that time. The influence of Henry James was already evident in this novel as it was in his short stories of the same period, Night Fears (1924) and The Killing Battle (1932).

Hartley is perhaps the most traditionalist contemporary writer. Unlike Joyce or D.H. Lawrence, he was not interested in experimenting with new techniques or unconventional themes. He was not concerned with originality in form or method. Linked to Henry James and E.M. Forster in style and psychological analysis, he possesses a distinctive understanding of female psychology and of problems of moral discrimination. Growing up and adolescence are major themes of Hartley’s work.

His best works can be seen under the light of the bildungsroman. This is the German term to classify those novels which treat the problems of growing up and adolescence with serious and sensitive attention. The Eustace and Hilda trilogy, for example, examines the emotional problems of growing up. The same theme is a recurring one and is best exploited in The Go-Between, The Brickfield and The Betrayal.

The Eustace and Hilda trilogy

Hartley started writing his first important novels “The Eustace and Hilda trilogy” in the 1940s.

The trilogy is an intense story about a brother and sister, Eustace and Hilda. The story echoes the myth of Electra and Orestes. In Greek legend, Orestes was the son of Agamemnon and Clytaemnestra. After the murder of his father, Orestes was saved from the same fate by his sister Electra. She had him secretly moved to the court of Strophius, King of Phocis, who had married Agamemnon’s sister, Anaxibia.

The Shrimp and the Anemone is about an anemone which devours a poor shrimp. This scene is witnessed by the two main characters who are still only children and foreshadows how Hilda will, so to speak, devour Eustace.

The Go-Between is considered to be Hartley’s best novel and was made into a memorable film by Harold Pinter and Joseph Losey. The novel is a keen study of adolescence and the way adolescents perceive the world. It is told by a man in his mid-sixties who recounts what happened fifty years earlier, when he was invited by a friend to spend his summer holidays in Norfolk.

The past is a foreign country: they do things differently there.

The memory of past events offers the opportunity to reflect on his youth and, in particular, on what kind of man he has turned out to be following that experience.

The structure of the story is complex and imbued in symbolism. The events narrated are seen from the point of view of two narrators: the old Leo, who recollects events which happened fifty years before and who is the material narrator of the story, and the young Leo, who experiences the world through the eyes of an adolescent. The two narrators naturally overlap. An example is provided at the bathing party, when the young Leo is confronted for the first time with sexuality, represented by Ted Burgess’s naked body. Young Leo’s reactions are typically adolescent, based on curiosity and wonder. The world of adults, on the contrary, is highlighted by Ted’s nonchalant acceptance of his own body as opposed to Leo’s puzzlement.

The novel is also a vivid description of a past social world, in which class distinctions were strictly observed. The bathing scene also provides examples illustrating this point. Ted Burgess in fact, belongs to a lower class and his inferiority can be inferred by the other bathers’ attitude towards him, who think he is rude and difficult to handle.

The Go-Between has a complex structure. As already pointed out, the story is narrated by a mature person, the older Leo, but the emotions and perceptions that continuously emerge are those of the adolescent Leo. In general, Hartley’s style is simple and straightforward, although his symbolism tends to be difficult to understand at times.

The Go-Between is ruled by symbolism.

The zodiac is linked to hope and future glory, with each zodiac sign having a symbolic identity.

“If my twelve-year-old self, of whom I had grown rather fond, thinking about him, were to reproach me: ‘Why have you grown up such a dull dog, when I gave you such a good start? Why have you spent your time in dusty libraries, cataloguing other people’s books instead of writing your own? What had become of the Ram, the Bull and the Lion, the example I gave you to emulate? Where above all is the Virgin, with her shining face and curling tresses, whom I entrusted to you’- what should I say?”

Symbolism also contributes to the narrator’s recreation of his past, with reference to Icarus, who went too close to the sun and burnt his waxed wings. The poetic images that Hartley’s symbolism creates enhance the literary value of his novel.

Through his novels Leslie Poles Hartley portrays man in a constant battle with himself, a spiritual drama in which he has to fight to be able to grasp the chances given to him. However, man’s profound sensitivity and psychological insight do, to some extent, give the reader a ray of optimistic hope.