John Donne’s No Man is an Island: Feeling a Oneness With Humanity 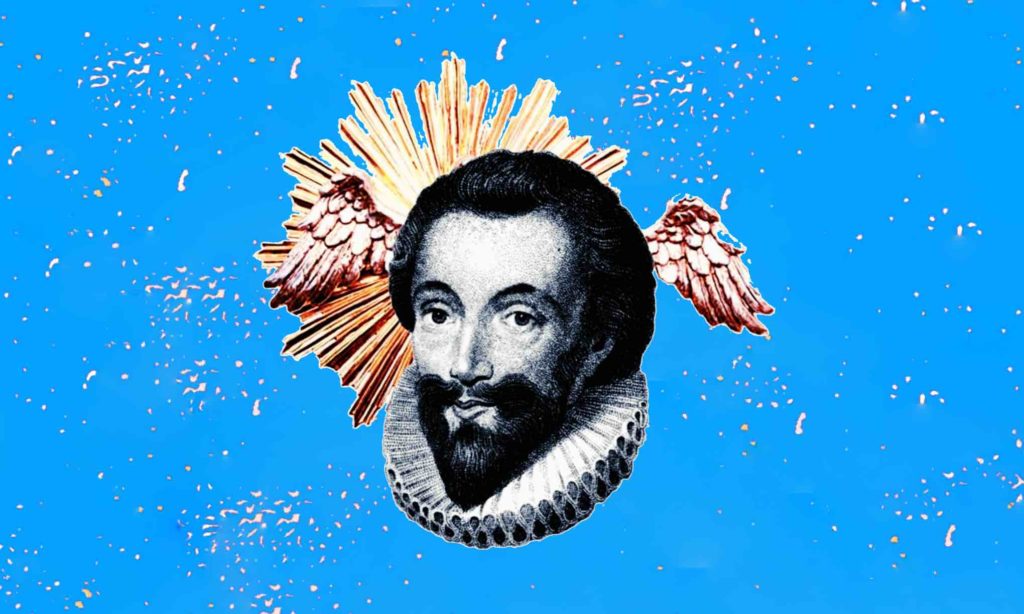 In today’s world besieged by isolationism, America First, Britain First, white supremacy, cyber bullying, homophobia, racism, vaccine tug-of-war, colonialist withdrawal symptoms (… shall I go on?) and the like, never before have the words of John Donne been more relevant; “No man is an island…”. In the age of Brexit, the very notion that every man is part of a greater humanity is a powerful assertion.

However, the profound conviction that ‘every man is a piece of the continent, a part of the main’ has a far more universal metaphorical significance; a spiritual and existential significance.

Although many think that ‘No Man is an Island’ is taken from Donne’s poetry, it is actually from his prose, specifically; Devotions Upon Emergent Occasions – MEDITATION XVII.

The paragraph in question is the following:

The essential meaning is pretty straightforward. Mankind is bound together spiritually and emotionally. Therefore, each human being should feel a sense of belonging to a greater whole, and every death should make each one of us feel a sense of loss, because it is part of our humanity that has lost a piece of itself.

The funeral bell that tolls for the death of another human also tolls for all of us, not only because it marks the death of part of us, but also because it is a reminder that we will also die one day; “Now this bell tolling softly for another, says to me, Thou must die.” (MEDITATION XVII – NUNC LENTO SONITU DICUNT, MORIERIS.)

John Donne’s Sermons and Meditations blend the strength of his religious faith with his intellectual Metaphysical vigour. To understand this original approach we must first understand what came before; the younger John Donne.

Before his religious awakening, Donne was profane and very sensual. He wrote poetry that overturned the traditional poetic courtly style of his Elizabethan and Cavalier contemporaries, whose sugary romantic poetry eulogised emotional and romantic love. Donne preferred physical, sensual love and avoided any metaphorical allusions to the ethereal or romantic. He was the typical metaphysical poet who related to emotions, like love or sex, in a cerebral way. His poetry was much more analytical and intellectual, reflecting the quintessential characteristics of the metaphysical school, of which he was the main exponent. When he addressed his loved one, he did not ask her if he should compare her to a ‘summer’s day’, like Shakespeare did, but quite differently, he tried to convince her to make love to him.

His poems were full of conceits and extended metaphors. Through these conceits Donne compared the spiritual, emotional or ethereal to the very tangible. His associations were often scientific or mathematical (love compared to a compass, or to an atlas).

Metaphysical poetry mirrored the contemporary situation of the undoing of basic and rooted medieval beliefs, at the expense of scientific discoveries and academic progress.

Metaphysical poetry, therefore, marked a development from the self-confident courtly traditions, to a position of disorientation and mistrust:

Donne: a spiritual and religious poet?

After his elopement with Anne and his subsequent fall from grace, Donne became more introspective. He seemed to have had a spiritual epiphany and started writing poetry with religious themes. Donne’s religious sonnets, known as the Holy Sonnets, were also different from the conventional Elizabethan and courtly sonnets.

Although the theme was now spiritual and religious, Donne did not abandon his Metaphysical cerebral style. His new poetry was neither conventional nor spiritually languid. Although focusing on religious themes, they held all the intense and cerebral power of intellect. When he addressed death, he peremptorily declared: “Death thou shalt die.”  When he addressed God, he was neither deferential nor meek, but cried: “Batter my heart, three-personed God, …”

Donne’s religious prose is no exception. The personal tone and emotional intensity contained in his sermons and meditations are strikingly dramatic and original.

No Man Is an Island, from MEDITATION XVII, is a case in point. The language is clearly terse and powerful, in line with Metaphysical intellectuality. The development of the core metaphor associates a physical continental landmass; from which a part is detached; with mankind and the individual. Each individual (an island) is a part of mankind (the mainland) and cannot survive alone and detached, cut off from the rest. The individual and the island are diminished, in the same way as mankind and the landmass.

Donne begins this piece with a clear and unequivocal opening line; “No man is an island”. No single human being is entirely separate from the rest of humanity. Each one is part of a whole. Donne then moves into one of his metaphorical conceits by associating human beings, and their connection to one another, with the continent’s landmass. They are all “part of the main”.

He develops the metaphor further by saying that if the continent loses a “promontory” or a “clod” it would be less, in the same way as the loss of your friend’s manor or your own. This refers to the interwoven oneness of human beings and how every loss, or death, detracts from the whole. Humanity is interconnected and individuals are linked to one another and therefore cannot disregard the lives of others.

Donne develops this thread by pointing out that not only “your” loss is meaningful but also “thine friends”. Everyone suffers and is ‘less’ when even one single person suffers. Suffering can only be defeated, therefore, by the unison of an empathic compassion.

By reverting to the first-person he then emphasises his own connection to “mankind”, saying that “Each man’s death” diminishes him. He is “involved” in the spiritual web of humankind.

The last lines address death and highlight the essence of what it means when a new death occurs. Death is symbolically displayed by the image of the tolling of a church bell.

When the death bell tolls, Donne asks not to send anyone to find out who has died, for it is part of you who has died with that death. The bell actually tolls for you.

Although Donne’s sermons and meditations are based on the fundamentals of Christianity, his concept of compassion and connection to all of humanity is shared by other religions, especially Buddhism.  Compassion is not a relationship between the healer and the wounded. It’s a relationship between equals. Only when we know our own darkness well can we be present with the darkness of others.

Connection and compassion are vital. They offer a sense of belonging, of being part of a whole, one of the most essential of all human needs. Reflecting on our common humanity, we can appreciate that we all, at heart, want to be spiritually empathetic and in unison with mankind and the universe. We all have an innate desire to avoid suffering and be happy.

Donne’s No Man Is an Island cultivates this ecumenical desire by reflecting on our awareness of the essential oneness with the rest of humanity.