Language to Unite, Language to Separate: The Tale of Serbian & Croatian 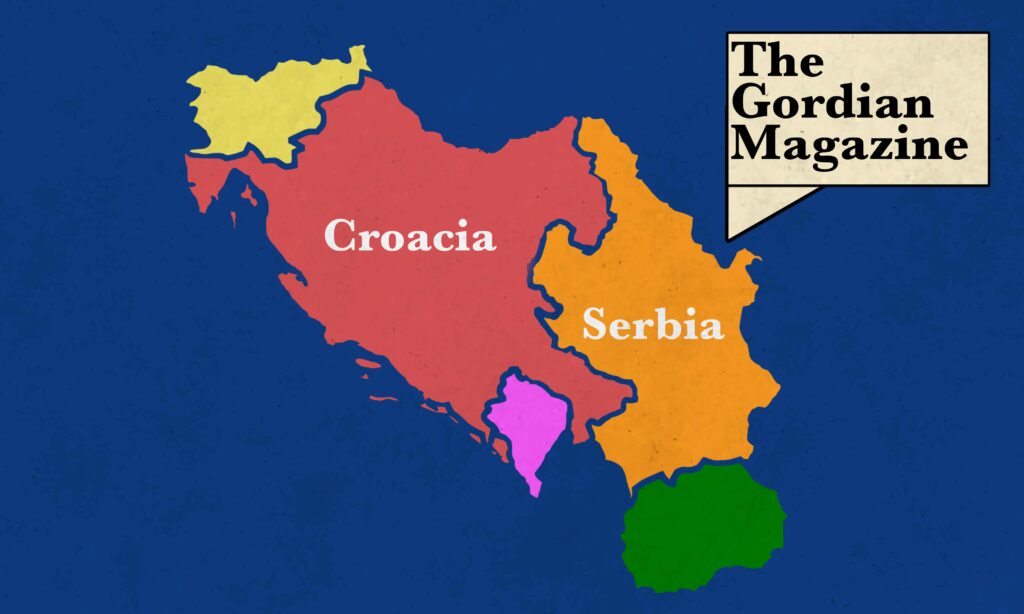 Croatia and Serbia, once brothers united, have experienced many conflicts since the collapse of Yugoslavia in 1991. In fact, conflicts existed even prior to the demolition of Yugoslavia and can even be traced back as a cause for its collapse. Thus, it is worth looking at the role of language in this conflict. More specifically, how the classification of two languages can be utilized as a tool, sometimes even a weapon. We do this by answering the following question: “Are Serbian and Croatian two different languages, or simply two dialects of the same language”?

Merriam Webster defines a dialect as “a regional variety of language distinguished by features of vocabulary, grammar, and pronunciation from other regional varieties and constituting together with them a single language.”

This definition distinguishes language and dialect in a hierarchical manner, where various dialects fall under a single language. This is a definition we will use for this passage, though other kinds of dialects also exist, such as social dialect. We will not concern ourselves with such dialects here.

Both Serbian and Croatian are South Slavic languages. Other languages in this branch include Bulgarian, Slovene, and Macedonian. Prior to the breakup of Yugoslavia in 1990, the standard variety of language was referred to as Serbo-Croatian where two kinds of dialectal distinctions were made. The first distinction was according to the word for “what” (sto, ca, kaj) giving rise to the three variations Stokavian, Cakavian and Kajkavian. The second distinction was according to the pronunciation of the vowel /ɛ/ (similar to “bed” in English) separating the language into the three dialects Ekavian, Ikavian and Ijekavian. According to these two distinctions, standard Serbian falls under Stokavian – Ekavian, while standard Croatian falls under Stokavian – Ijekavian. (Smiljanic, 2013:16-17).

There are various factors that can be considered when analyzing whether two varieties are considered dialects of the same language, or two separate languages. In the following section we will discuss linguistic factors, mutual intelligibility, as well as social factors. We will also touch upon the concept of the continuum of dialects.

As can be seen above, there only exists slight linguistic differences between Serbian and Croatian. However, using linguistic factors on their own is unreliable as drawing boundaries is not simple and is often done in semi-arbitrary manners. Thus the measure of mutual intelligibility can be used to decide the language–dialect status of two varieties.

The continuum of dialects

Continuum of dialects is a phenomenon concerning language and geographical location where, similar to a gradient, shifts in language occur slowly as we move from one point of the map to another. Linguistic differences between language varieties of two neighboring places (e.g. city or town) are often small. Furthermore, the varieties are generally mutually intelligible. However, the further away we move, the more different and the less mutually intelligible the varieties become. Additionally, there also exists variety in language within a single location (e.g. a city or town). Because of the continuum of dialects, drawing lines between varieties of a language is very difficult, whether it be geographic lines, or separation regarding to what dialect a variety belongs to. Thus, linguistic factors and mutual intelligibility are not enough to determine the status of two varieties and social factors need to be taken into consideration as well.

According to Haugen (1966:922), studies show that the development of a dialect into a language is intimately related to the development of writing and the growth of nationalism. In fact, as mentioned by McLennan (1996:103), national identity and language are treated as being synonymous by many people. There are some systematic ways for considering social factors, one of which is Bell’s seven criteria for language (1976) which considers historical and political factors, language policy, as well as the opinion of speakers of the language(s). McLennan (1996, 107-108) uses these seven criteria to determine the status of Serbian and Croatian from a social point of view. McLennan concludes the following for each criteria (please refer to the original for a more in-depth analysis):

Based on the seven criteria for languages, McLennan concludes that from the point of view of the people involved (particularly Croats), Serbian and Croatian are two different languages.

In conclusion, determining whether two varieties are dialects of the same language or two independent languages requires an in depth analysis of linguistic and social factors, as well as considering their mutual intelligibility. Linguistic factors show only small differences between Serbian and Croatian and these varieties are also high in mutual intelligibility. Both of these indicate that Serbian and Croatian are dialects of the same language.

At first glance we appear to have made no progress with the distinction of Serbian and Croatian, but this couldn’t be further from the truth. Our analysis crucially shows that when making linguistic comparisons, Serbian and Croatian can be viewed as dialects of the same language.

For countries such as Croatia, Afghanistan, and Pakistan, declaring independence of language is a big step towards declaring political independence. It is used as a tool to become autonomous, as a weapon to protect their social identity. Even though these claims do not have roots in linguistic factors, sociolinguistic analysis shows there is a clear need for the classification of Serbian and Croatian as two different languages.

Unlike most organisations, UN-aligned is, primarily, its members. We are the New United Nations and though just a drop in the ocean, for now, we will carry on growing until we will become a force to be reckoned with!The more of us there are, the more chance we have of achieving our aims. Help us by promoting membership to you friends or to people you think have similar values. If every member added another, membership would snowball and we would be unstoppable!We also need active members: people who roll up their sleeves and contribute to the work of the organisation. Some already have, for instance, by writing articles for The Gordian, or offering to help with proofreading. No matter what you can do, we want you. Write to us with your talents and we’ll make it work.
Become a free member →
Country Profile, Culture