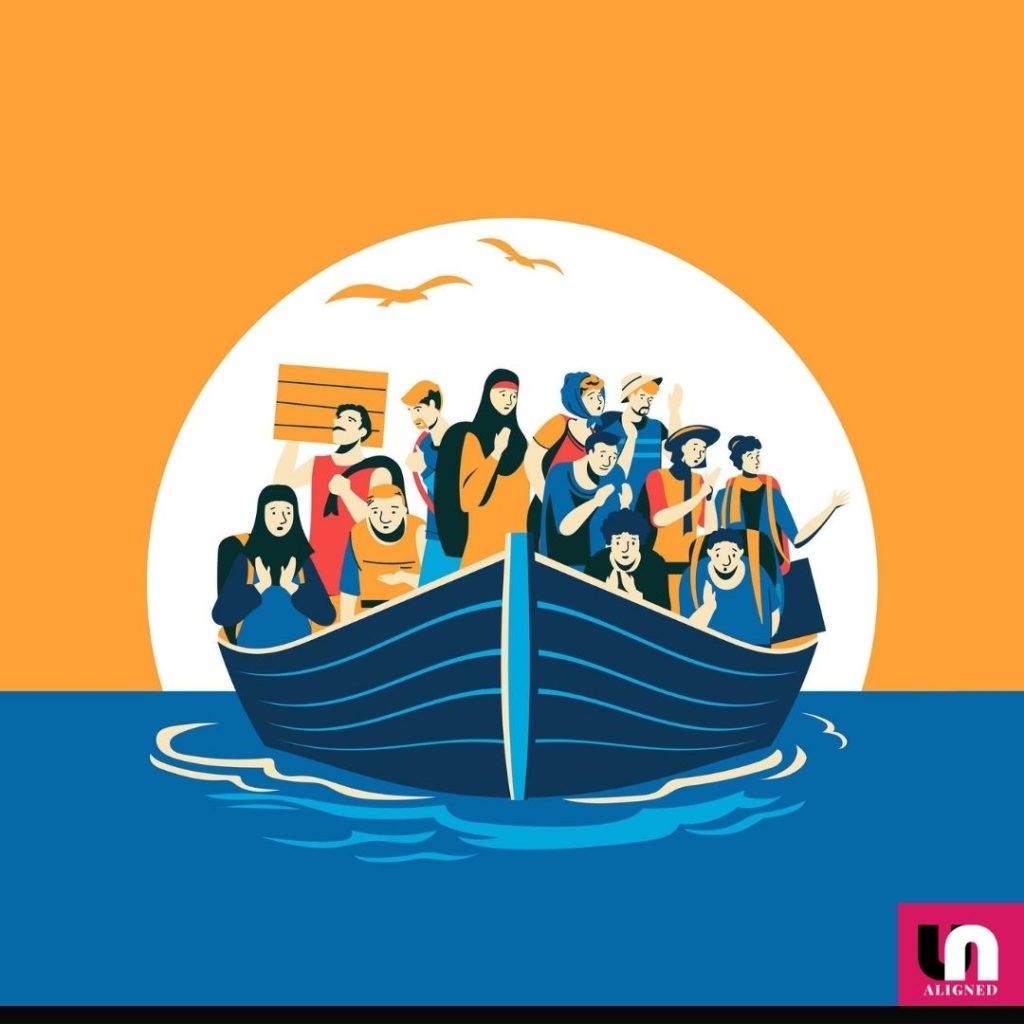 A raft full of migrants who are fleeing war and famine are awaiting at the bay. What would “you” do?

Picture this: you have five buttons in front of you. They are all linked to a raft full of migrants trying to get into your country. Many are fleeing war and famine, some may be simply looking for a better life, while a few may be nasty characters out for what they can get. Button 1: Destroy. Button 2: Ignore. Button 3: Repatriate. Button 4: Assist. Which would you press? Buttons one and two are more or less as deadly, while the consequences of button 3 are often not much better.

Choosing the dark side

And yet… those are the buttons that many governments are pressing, while at the same time arresting and demonising people who try to help. Carola Rackete, the captain of Sea-Watch 3, is a prime example. Having rescued 53 migrants on June 12 of last year, she was denied entry into the nearest safe port, which was on the Italian island of Lampedusa.

Crew and passengers were left stranded at sea for over two weeks by Italian authorities, at the time under the direction of hypocritical Interior Minister Matteo Salvini. On June 29, as the situation was becoming critical, Captain Rackete forcefully docked her ship in the Italian port and was promptly arrested. The Mayor of Riace, Domenico Lucano, offers another interesting example. He was arrested in 2018 and indicted in April 2019 for “illegally” helping immigrants, despite having revitalised his town and made it a showcase of development and integration.

The saga goes on

A few weeks ago, on August 14, The New York Times reported that at least 1,072 migrants were dumped by Greece on the outer fringes of its territorial waters on overcrowded dinghies:

“The Greek government has secretly expelled more than 1,000 refugees from Europe’s borders in recent months, sailing many of them to the edge of Greek territorial waters and then abandoning them in inflatable and sometimes overburdened life rafts.”

Often, refugees are imprisoned for years with their families in the most inhumane conditions in “processing centres” or refugee camps. Occasionally, the only way they get out is by committing suicide.

Behind our civilised facades, many of us are still a rabid rabble, bearing pitchforks and torches, ready to obliterate anyone whose difference irks us.

No, I did not forget the last button. Button 5: Indifference. Most of us do not even take our finger off it. It is the button that allows buttons 1 and 2 to operate undeterred and button 3 to botch up repatriations without due consideration of the potential consequences.

It is the button that turns its back on the champions of button 4, leaving the struggle to assist and find humane solutions, unaided and unsupported. The reasons for this are many, ranging from a sense of fatalism and powerlessness to a blatant disregard for human life, wellbeing and dignity.

Whatever the reasons, however, the result is the same: we are withholding positive change. Why ‘withholding’? Well, because we do have the power to assist those in need. Nothing is forcing us to be blinkered, whether it is to the plight of migrants or to the atrocities of the meat and dairy industries.

Just as we continue to eat meat while claiming to love animals, glad that the slaughterhouses are well out of sight, we are secretly relieved that our governments are doing the dirty work for us in keeping “undesirables” out. Unlike those who have their fingers on button 2, who refuse to take action, those squeezing button 5 refuse to take note. It is the comfort of self-delusion.

Denial works, but only until the day of reckoning

Well, I have news for you, your silent majority with your fingers locked on button number 5. There is blood on your hands.

The crimes of the slaughterhouse are your crimes; the curses of the drowning and downtrodden are yours to bear, with all the nasty karma that accompany them; and the cold and uncaring world that is born from your indifference is your world and the one you are leaving to your children.