Looking at migration in the face 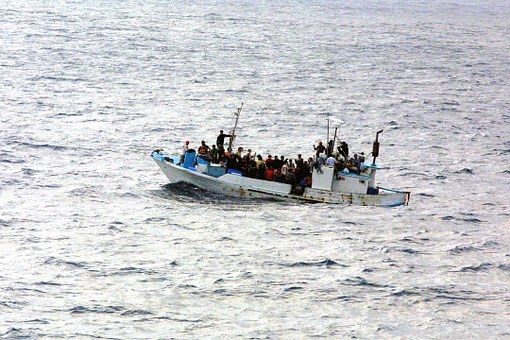 It has not been a good week for refugees; but then again, it never is…

Today’s The Guardian reports how the Lebanese government forced 5,000 refugee families to demolish their own home in order to induce them to return to Syria.

Yesterday, the captain of rescue ship Sea-Watch 3, Carola Rackete, was arrested after she forcefully docked her ship in the Italian island of  Lampedusa. Having rescued 53 migrants drifting off the coast of Libya on June 12, the Sea-Watch 3 was left stranded while the Italian authorities kept refusing to let her dock.

Last Sunday a Salvadoran young man drowned with his two-year-old daughter while trying to swim across the Rio Grande to US territory. The photo of their corpses was sprawled across the world press for much of the week.

Refugees and migrants are people seeking a better life in a country other than their own. Refugees may have more obvious reasons to flee their country, such as war or persecution, but it would be fair to say that the reasons for a person to “up and go” are never trivial. I say “their” country, but many of these displaced people are actually stateless. These people do not have a country at all and there are about 12,000,000 of them. All migrants have one thing in common: they are often demonised. Why?

Well the arguments are generally the same. On the one hand we accuse them of trying to steal our  jobs, while on the other we slate them for being ignorant, lazy and offensive. If the latter accusation were true, it is hardly likely that the former would follow.

Of course, there are countless other criticisms and these are sometimes levied at the way particular governments deal with immigration. Some citizens accuse their governments of spoiling immigrants and giving them all they want on a silver platter, while they have to struggle for every penny they earn. In certain cases, this may be true, though perhaps more so in the past. Nowadays, with nationalism on the rise, even leftist governments are careful not to ruffle the sensitivities of the electorate.

The root of the problem

Migrants are people; and like all people they have good and bad qualities. Indeed, they will have additional problems, such as those linked to traumatic experiences, language and adjusting to different customs. These issues may make them more difficult to deal with. A shortage of jobs and resources will make immigrants even less welcome. However, these challenges are not the point, as they are challenges that can be resolved. The root of the problem is, rather, whether we believe that these people have rights; that is, the same human rights as citizens.

For many people, migrants do not have rights and their very safety can be compromised. The policies of Trump and Salvini are not the only ones that are jeopardising the lives of migrants. But life is just the last straw. Before that migrants are treated with dehumanising contempt. We would not allow our dogs to be treated the way we allow our governments to treat immigrants. Deep down, we know that the problems relating to migration are not insurmountable. Yet, we pretend they are, as solving them might put us out, somewhat. We are no different to the caricature of Marie Antoinette dismissing the problem with a shake of the hand: “Let them eat cake!”

Sitting on the fence.

As Ken Saro-Wiwa stated referring to the plight of the Ogoni people: “Silence would be treason.” By pretending not to notice, we are actually taking the sides of the oppressors. Every little helps and we must do whatever it is we can to proclaim and safeguard the dignity of humanity. The bell tolls for all of us.

UN-aligned campaigning for a fairer world. Learn more about our mission and what you can do to help: here.