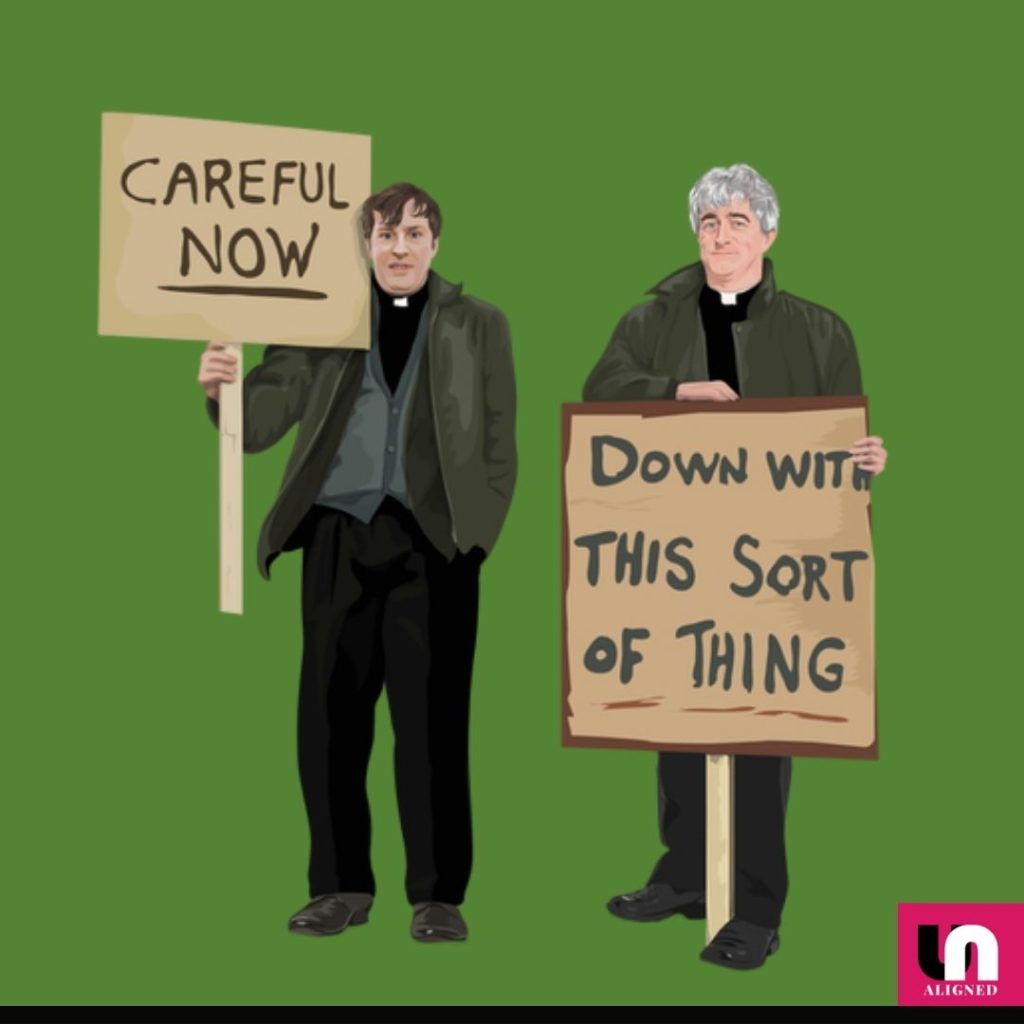 Down with This Sort of Thing. Careful Now. | Father Ted

Any lover of democracy would be justified in feeling a sense of alarm when faced with such statements as “an assault on democracy…” and “a direct political attack against the democratically elected government…”, but as the Bard of Avon put it: “The devil can cite Scripture for his purpose.”

The above two quotes come from Polish Justice Minister Zbigniew Ziobro and Hungarian Prime Minister Viktor Orban, respectively. They are directed against the EU presidency for calling their countries to task for their deteriorating record on human rights.

Ursula Von der Leyen, the President of the European Commission, and her Vice President, Vera Jourova, understand the true meaning of democracy and were not intimidated by the remarks.

It feels as though the EU is finally becoming more confident in challenging oppressive governments and making moves to penalise them via the diversion of funding streams.

Of course, there is still a long way to go and part of the problem is related to the structure of the organisation and to the self-interest of some of its members. The delay in imposing sanctions on the Belarus regime is a case in point: the move was vetoed by Cyprus in order to shift the attention to its own problems with Turkey.

This selfish move allowed other parliaments, such as those of the UK and Canada, to get in on the act more promptly and thus shame the EU for its tardiness. Such issues are similar to the ones that plague the United Nations, although to a lesser degree. Nevertheless, unlike the UN, the EU seems more determined to make the necessary changes to improve its performance.

Orban was outraged because Jourova accused him of “building a sick democracy”, while the Polish government was incensed at Von der Leyen’s State of the Union speech that shamed it for its reprehensible homophobic position. The President of the European Commission did not mention Poland by name, but the allusion was unequivocal:

“Honourable Members, I will not rest when it comes to building a Union of equality. A Union where you can be who you are and love who [sic] you want – without fear of recrimination or discrimination. Because being yourself is not your ideology. It’s your identity. And no one can ever take it away.”

“So I want to be crystal clear – LGBTQI-free zones are humanity free zones. And they have no place in our Union. And to make sure that we support the whole community, the Commission will soon put forward a strategy to strengthen LGBTQI rights.”

The establishment of LGBTQI-free zones is exactly what is happening in Poland. So the “assault on democracy by the European elites” was actually an assault on institutionalised bigotry and persecution.

Hiding behind religion and tradition

Religion also, is all too often used as a cloak to hide lethal daggers. Afterall, Poland’s anti-LGBTQI stance is rooted in its Christianity, as is Uganda’s; and the same goes for those Islamic states that use religion as an excuse to persecute people because of their sexual orientation or gender identity. Nonetheless, it does not have to be so. Same-sex marriage, for instance, is legal in some of the most traditionally religious countries of Europe, including Ireland, Portugal, Spain and Malta.

Of course, religion and tradition affect a range of issues and can condone a multitude of sins, besides homophobia, such as the abuse and slaughter of animals, genital mutilation of children (yes, including circumcision) and the oppression of women.

Here too, attitudes can change and move to more enlightened ones. However, silence changes nothing. We need to have the courage to speak out. Diplomacy, religion and tradition can no longer be used as an excuse to kowtow to abuse.

During the first EU-Arab League Summit in Egypt in February of last year, Xavier Bettel, the Prime Minister of Luxembourg, shocked delegates by pointing out that he could be legally killed or imprisoned in many of the represented countries. His crime? Mr. Bettel is married to Mr. Gauthier Destenay, an architect from Belgium.