Protestors: When is it OK to Hit them? 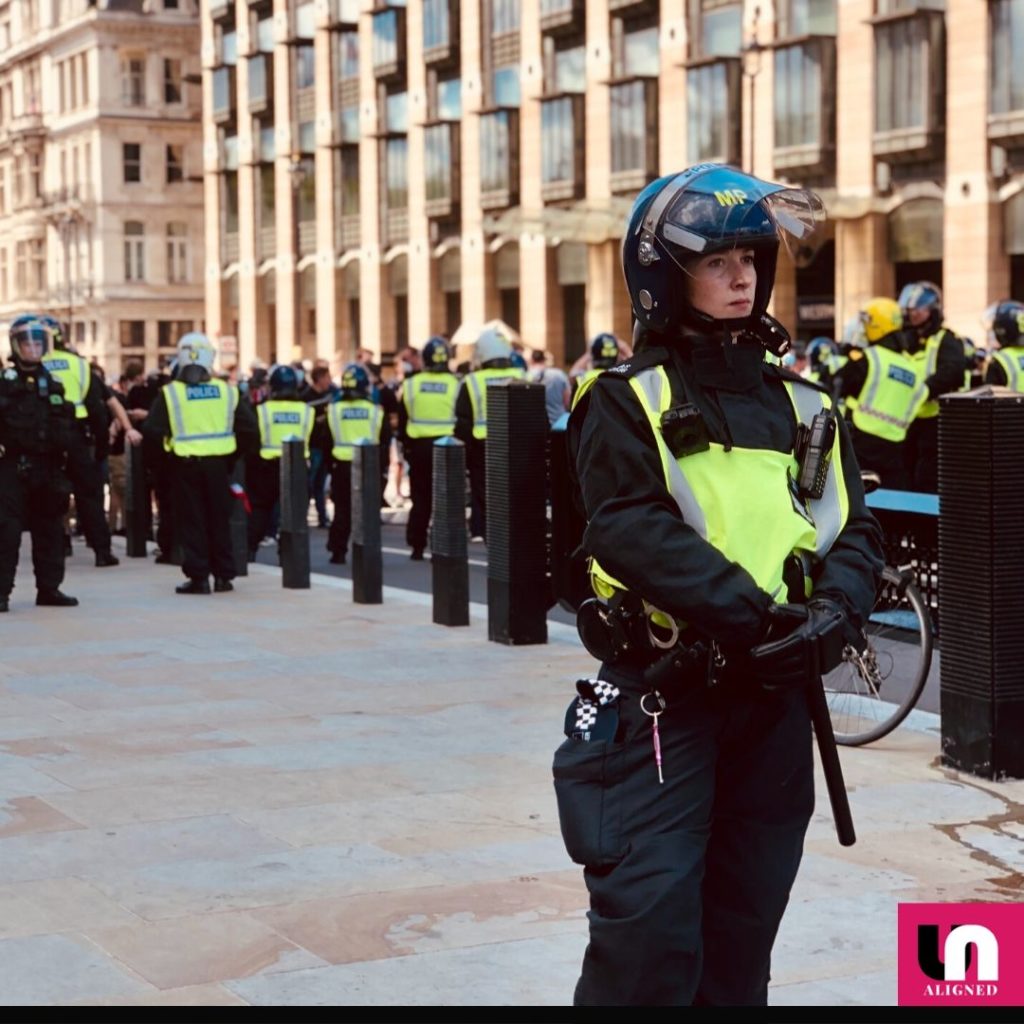 When is it ok the hit a protestor?

When is it OK to hit a protestor? Is protesting during a global pandemic a good idea?

There has rarely been any positive social changes without some form of protest. Too often the establishment is seen grappling on to power by fostering a dominant discourse from which dissident and minority views are excluded. At best, protests today are characterised as a disruption and inconvenience and, at worst, a threat to a vaguely-defined national security. Political leaders and the majority they may represent, blame these warriors of justice for lack of character and accountability, even though, ironically, those are the very flaws they are being accused of.

“One hand washes the other” as they say

Exposing incompetence in governance and to publicly demand authorities to be held responsible for their actions is often not as straightforward as it appears. Complaint procedures and political channels for change are often designed in a way that end-up minimising, or even completely disregarding, the problem as a whole.

The demand for social, economical, political and cultural change almost always strengthens governments’ policy-making and, therefore, improves the lives and well-beings of citizens. So from a logical point of view, it makes no sense for a governing body to turn a blind eye and vanquish opposing voices. Of course, not every leader is well-intentioned and has the best interest of the whole society at heart; some brutally suppress protests to pathetically pose for photo prop-ups, some subdue the call for social change because it fundamentally challenges their out-dated personal or religious views.

In either case, if a political system intends to remain relevant, it must listen to the voices of criticism.

When the demand for change is a step backwards

Everyone holds a view, rightly or wrongly. There are times when people point an accusing finger towards the wrong people; the refugees who are supposedly taking their jobs or the immigrants who are living and altering ”their culture”. These voices are often a minority, but this is not always the case.

As long as protests of this kind don’t enter the realms of hate speech, which they often do, they must be permitted. After all “freedom is not worth having if it does not include the freedom to make mistakes.”

The state shall not have the right to limit ideas, access to information or the arts. This presents one of the many faults of democracy. The “majority” is not always right or beyond justice and individual human rights should not be up for debate.

You may be forgiven to think that protests and riots are synonymous. They are not. The words riots and mobs are often used to discredit protests such as the Black Lives Matter movement even though this conflicts with the reality. The uprising against police violence in a system that targets people of colour is as legitimate as any of those revolts against racism that have happened throughout history.

There are however insurrections. Some arise when the concerns of protests are ignored or discredited for too long, some on the other hand stem from a mob mentality, which often ends-up delegitimising the voices of protesters. While violent protests and those who promote them cannot be condoned, states have a duty to facilitate demonstrations rather than repress them. They also need to listen to the demands for justice and take appropriate action.

If the environment for safe and peaceful protest is created and guaranteed, law enforcement can focus on its true mission: dealing with disorderly behaviour. The police force must not be a pawn of the government, but rather a facilitator of peaceful protests.

Protesting during a global pandemic

When the need for social change is too great, no amount of fear can stop people from expressing their anger; even when the situation would warrant caution as in the case of a global pandemic. Whilst it is true that mixing in large groups increases the probability of transmission, people look-up to their leaders and ask: if Dominic Cummings, the adviser of the UK Prime Minister, can drive kilometers to test his eyesight after experiencing loss of vision due to the virus; or if Catherine Calderwood, Scotland’s chief medical officer, can make various trips to her second home during lockdown, then I cannot see why I should not be able to take to the streets with protective gear and oppose systematic racism.

Moreover, while the situation of infectees in the United States is dire, you may be surprised to learn that (so far) nationwide protests there have not caused any spikes in coronavirus cases.

Protesting during a pandemic is certainly not without risk and demonstrators should seek to keep official guidance as much as possible, keeping in mind that other forms of protest may, under such circumstances, be preferable. Digital technologies and the internet, for example, can provide an effective mouthpiece for protesters to echo their dissatisfaction with a system.

Online petitions, raising awareness through social media or other social networks are all very powerful tools, if used correctly. These, however, have a potential to foolishly yield numbers through clicktivism or sharetivism.

“The only thing necessary for the triumph of evil is for good men to do nothing.”

Everytime the excessive use of force, arbitrary detention, harassment or intimidation of peaceful protests are mentioned, the national guard or the riot police deserve an honourable mention. Having signed up to protect and safeguard the security of citizens, these men and women are sometimes tasked to stand up to the legitimate protests led by their brothers and sisters and simply do their jobs: “following orders”, forgetting that it was the same thing Nazis did. At times federal troops are also used to help squelch internal disturbances and suppress protests, a flagrant assault on freedom of speech.

The arrests of officers who were involved in Gorge Floyed’s killing have shown that one does not need to actually murder in order to be responsible for it. You are encouraged to think for yourself.

So when is it ok to hit a protestor?

Never. If the spirit of protest is compromised and hijacked by mobs, demonstrators themselves have a responsibility to keep order. They must remember that these bad apples not only hinder their all-too-well-intentioned mission, but also decrease the likelihood of them being taken seriously.

UN-aligned echoes the voices of organisations such as Right to Protest and the UN declaration of human rights to call for the right of protesting being respected. When this is combined with proactive measures to address issues, there will be no more need for tear gas, batons or rubber bullets.

Change is a fundamental pillar of achieving an ever more progressive society. Let’s not resist it.