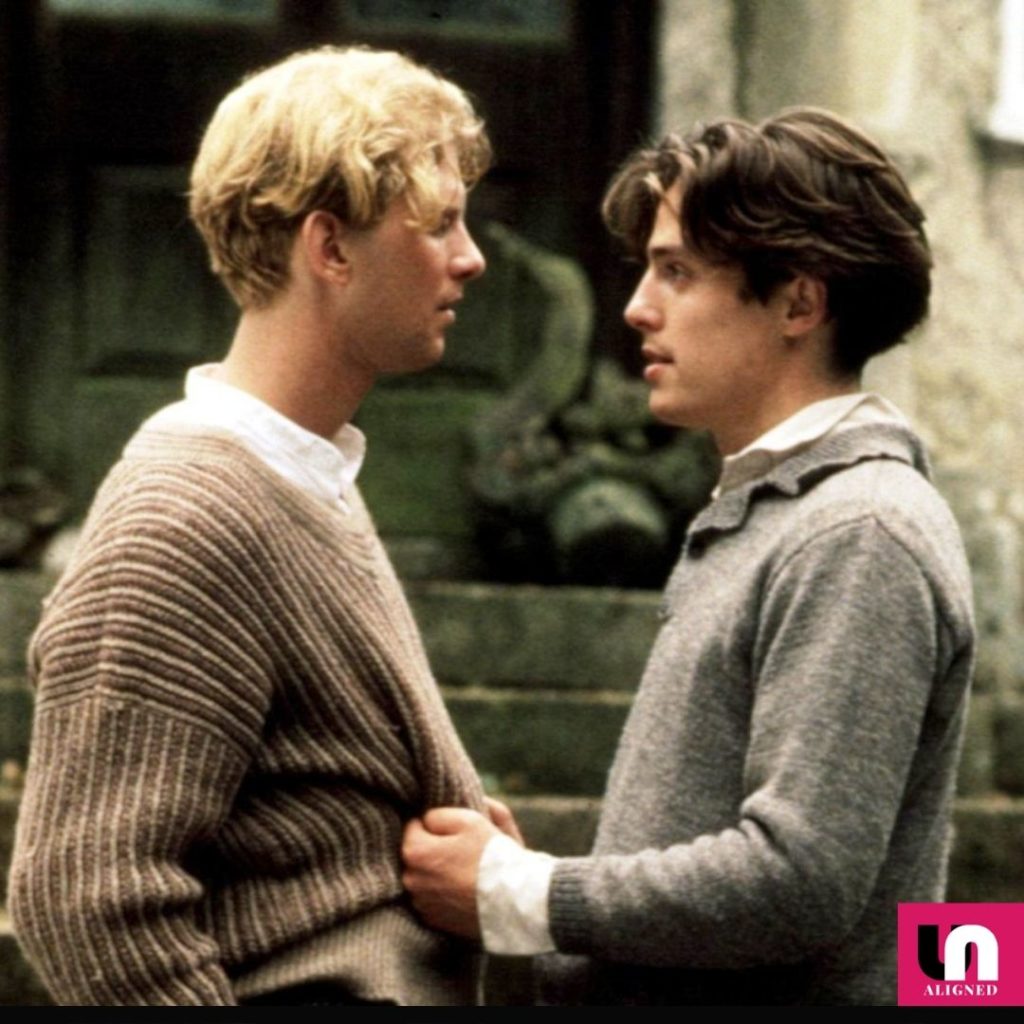 Today I’d like to start a short cycle on love with a work about the “love that dare not speak its name”; the love between two men. Maurice was written by E. M. Forster back in the Edwardian England of respectability and bigotry. Not that any other period in the last few centuries were any more progressive or open minded. As Forster put it, “England has always been disinclined to accept human nature.”

Maurice , written in 1913-14, was published posthumously in 1971, due to its too stark revelation of “human nature”. It is a Bildungsroman; a coming of age novel that follows the moral and psychological growth of the protagonist, Maurice.

He does indeed grow and he develops from the naive boy who believed himself to be sick because of his love for another man, to the enlightened adult who understood and accepted the reality of his beautiful human nature.

The story starts when Maurice Hall, studying at Cambridge, falls in love with his friend and fellow student Clive Durham. Their relationship is a romantic one, but they are both not daring enough to make it a sexual one.

Maurice is eager to nurture his love for Clive, but the latter is too socially embroiled and dreads admitting to homosexuality. He eventually breaks Maurice’s heart by deciding to make the socially acceptable choice, marry a woman.

Maurice is not only hurt, but he now believes that he is a broken man who needs fixing. He wants to be “cured” of his abnormality. He goes to London to consult a hypnotist. He lets Clive believe that he is actually going to do the right thing, find a wife and marry. His meeting with the hypnotist is a sad attempt to “cure” his homosexuality. However it is a revealing moment for Maurice:

“And what’s to happen to me?” said Maurice, with a sudden drop in his voice. He spoke in despair, but Mr Lasker Jones had an answer to every question. “I’m afraid I can only advise you to live in some country that has adopted the Code Napoleon,” he said.

–“I don’t understand.”
-“France or Italy, for instance. There homosexuality is no longer criminal.”
-“You mean that a Frenchman could share with a friend and yet not go to prison?”
-“Share? Do you mean unite? If both are of age and avoid public indecency, certainly.”
-“Will the law ever be that in England?”
-“I doubt it. England has always been disinclined to accept human nature.”

Maurice understood. He was an Englishman himself, and only his troubles had kept him awake. He smiled sadly:

“It comes to this then: there always have been people like me and always will be, and generally they have been persecuted.”

“That is so, Mr Hall; or, as psychiatry prefers to put it, there has been, is, and always will be every conceivable type of person. And you must remember that your type was once put to death in England.”

Maurice learns to accept his true nature and when he meets Alec Scudder, the gamekeeper at the Durham estate, he becomes both romantically and sexually involved with him. With Alec he feels the entirety of love, in its powerful emotional and physical completeness. He eventually decides to start a new life with his lover.

“Madness is not for everyone, but Maurice’s proved the thunderbolt that dispels the clouds.”

Maurice does not forget Clive and wishes he could make him see the limits of his socially geared choice. How can one choose to spend an entire life without an emotional and sexual bond. He reminds Clive of their own emotions:

I was yours once till death if you’d cared to keep me, but I’m someone else’s now–I can’t hang about whining for ever–and he’s mine in a way that shocks you, but why don’t you stop being shocked, and attend to your own happiness?

Maurice leaves Clive to his stagnant life of aridity and goes off towards a new dawn with Alec. This is a very happy ending that not only condones homosexuality, but legitimatises it, in a period of total hostility. Foster wrote:

“A happy ending was imperative. I shouldn’t have bothered to write otherwise. I was determined that in fiction anyway two men should fall in love and remain in it for the ever and ever that fiction allows, and in this sense Maurice and Alec still roam in the greenwood.“

The happy conclusion of the relationship between Maurice and Alec contrasts bitterly with the dark clouds looming over Clive’s emotional end. He seems to be tucking back into a shell of conformity and aridity.

He did not realise that this was the end, without twilight or compromise, that he should never cross Maurice’s track again, nor speak to those who had seen him. He waited for a little in the alley, then returned to the house, to correct his proofs and to devise some method of concealing the truth from Anne.