Towards the Third Millennium: UK literature after the Second World War 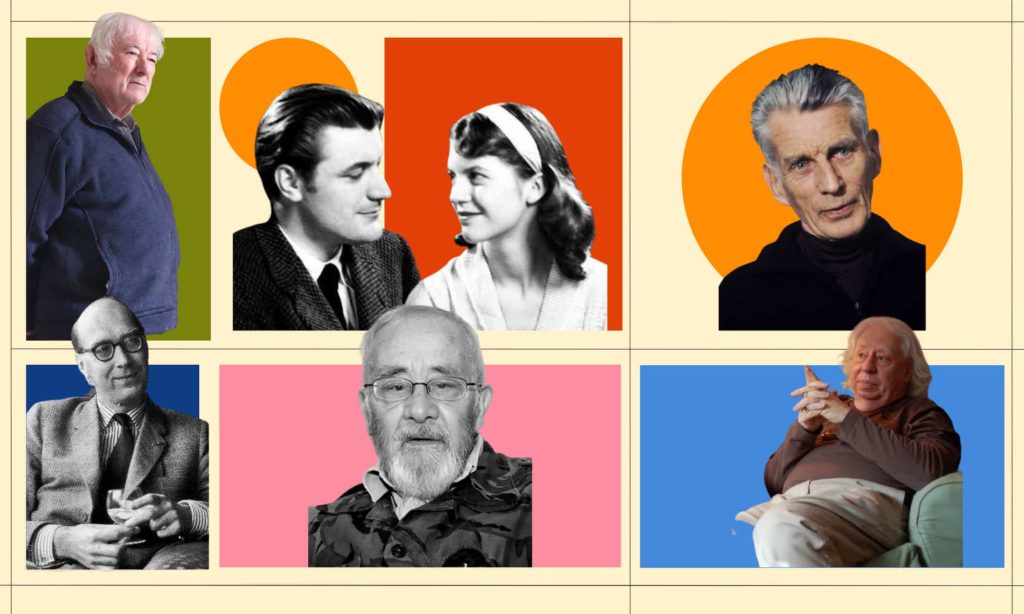 The literature that was produced in Great Britain after the Second World War clearly portrayed man’s utter confusion and disorientation caused by those terrible years of violence and devastation. This sense of pessimistic bewilderment was characterised in literature by the absence of any one specific school of thought. Writers had closed in on themselves and tended to be more individual in their search for self-expression.

The 1950s and 1960s were very slow in creating any compact movements. The most revolutionary writers of this period were the writers labelled the Angry Young Men and the playwrights of the Theatre of the Absurd.

The literary school called The Angry Young Men was formed by writers who were writing within different genres of literature. The term, taken from Leslie Paul’s work, Angry Young Men, described all those playwrights, poets and novelists who expressed their anger and sarcasm at the emerging social friction between classes.

The writers who best captured this sense of frustration were undoubtedly Kingsley Amis, Alan Sillitoe, John Braine and David Storey. The main themes of this school were cultural and political disillusionment; a feeling that culture had fallen to a level of degradation, becoming almost pseudo-culture.

One of the best works of this type was Lucky Jim, written in 1954 by Amis.

The Theatre of the Absurd

The playwrights of the Theatre of the Absurd managed to shift the focus from plot and structure, to surrealistic illusion and self-expression. The two giants in this field were Samuel Beckett and Harold Pinter.

Samuel Beckett is best known for his masterpiece Waiting for Godot (1952), a play that shocked the traditional critics who desperately searched for plot, characterisation, orchestrated dialogue or just a plain simple story, and found none. The play, on the contrary, was more of an incarnation of an idea, a spotlight on man’s loss of communicability and self-awareness.

Harold Pinter became famous for the Pinteresque style of dialogue which expressed the disharmony of society. He saw man as an object that simply existed. He echoed Beckett’s description of man as “a scrap of life surrounded by death, a something encircled by nothing.”

The Theatre of the Absurd illustrated chunks of dreams and nightmares, highlighting themes of loneliness, isolation and suffering in a world in which all values and ideals were lost.

The Movement and The Group

Dylan Thomas was greatly affected by the horrors of the war and his pre-war neo-romantic writing lost its emotive focus that related to love and nature, and became more social and experimental. After his death in 1953, poetry began to be characterised by, The Movement and The Group, two schools of poetry that governed the poetic scene during the 1950s and 1960s.

The Movement was an assembly of various poets who were threaded together by two major poets, Robert Conquest and Donald Davie. They all had the urge to rediscover, in simple and direct language, the English tradition which was so badly shattered during the war.

The Group was a school of poetry that was set up as a workshop in reaction to The Movement. The poets who made up The Group were, in a way, cultural snobs who wrote for a select audience. They believed in an elite cultural level for poetry and disdained overt simplicity.

The main components of The Group were Peter Porter, Edward Lucie-Smith and George Macbeth. Two poets who stood out for their poetic stature and individuality were Ted Hughes; poet laureate until his death in November 1998; and Seamus Heaney; Nobel Prize winner in 1995.

The poetry of Ted Hughes was a blending of existential soul-searching with the exploration of animal life, nature and elemental forces.

His first volume of poetry, The Hawk in the Rain (1957), was as powerful and energetic as it was graceful and lyrical. Hughes believed that his task was to explore and express what he called “the war between vitality and death”. He believed that man had neglected his inner animal emotive world and therefore had separated himself from the natural energies of the universe. Hughes is considered to be one of the greatest poets of our time.

Seamus firmly believed that our past could remain, if we reinterpret it in our present.

Seamus Heaney’s first book of poetry established him as a respected and important poet. His literary style is characterised by clarity and simplicity. His poems portray a particular love for Irish life and heritage, placing importance on the continuity of family traditions. He firmly believed that our past could remain, if we reinterpret it in our present. There is also a rural element in his work, which embraces the essence of his poetry. Even the symbolic search within himself is depicted as the rural act of digging, an inner digging inside his own consciousness. His ‘dig’ is also like an archaeological excavation into his roots.

The older ones, like Graham Green and Evelyn Waugh, were more nostalgic and somewhat philosophical. Others, like C. P. Snow and L. P. Hartley, disdained experimentalism and returned to a more orthodox structure and style. Naturally, many writers, like William Golding and George Orwell, reacted to the global conflict by losing their faith in the basic goodness of man, believing in his inherent evil.

William Golding and George Orwell wrote novels which reversed the theory of Rousseau’s Noble Savage, which upheld that man was born pure and basically good, only to be subsequently corrupted by the society in which he lived.  Both Golding and Orwell confirmed the style of the dystopian novel (the opposite of utopian), which had been introduced by Aldous Huxley in 1932 with his Brave New World.

Typical examples of man’s inherent evil nature and dystopian obscurity and pessimism, can be seen in:

William Golding’s 1954 novel “Lord of the Flies” perfectly portrays the collapse of an idyllic micro-society, as represented by a group of privileged young boys who find themselves stranded on a deserted island. They initially attempt to recreate the civilised society that they were accustomed to, but without any adults to monitor and direct a civilizing influence, the children eventually fall victim to their own violent and brutal instincts. This downfall into chaos and feral behaviour suggests that human nature is fundamentally savage.

In the next issue of The Gordian I shall be taking a closer look at Dystopia, in particular through George Orwell’s timeless masterpiece Nineteen Eighty-four.